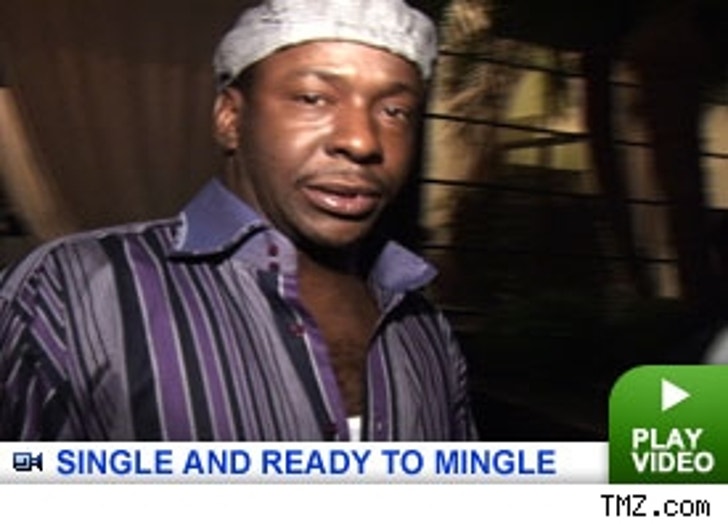 Just a few days after he averted some major legal trouble and his wife of 14 years officially filed for divorce, TMZ cameras caught up with the former New Edition star last night at Hollywood hotspot Teddy's. Off the hook for now, Bobby hit the town with a hot date (after chatting it up with supermodel Roshumba) and rolled out of the Roosevelt Hotel in his beautiful ride -- a late 90s Land Rover Discovery.

If there's anyone who needs a night out it's Brown, who has had some major issues in his personal life as of late. The singer has been haunted by delinquent child support payments and allegations that self-proclaimed "Video Vixen" Karrine Steffans, may have caused the demise of his marriage. Also, Whitney has petitioned the court for full legal and physical custody of their 13-year-old daughter.

Bottom line: We are just glad he was able to get into Teddy's. He hasn't had the greatest luck with Hollywood doormen.