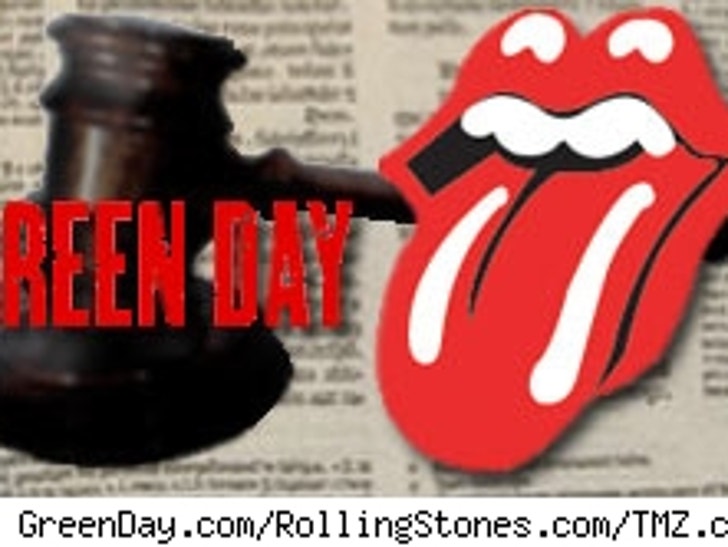 Beyond record labels suing down loaders, there are plenty of other music related lawsuits going on these days. But there are two specific cases that stand out. One involving a Rolling Stones fan who is miffed about a canceled concert and another from a songwriter who claims Green Day stole from him. 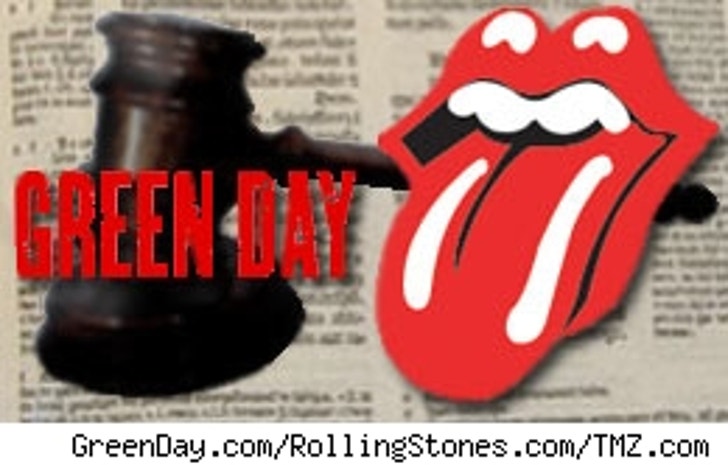 The Rolling Stones canceled an Atlantic City gig this past Friday because Sir Mick Jagger developed a froggy throat. While no one likes it when a concert is canceled, particularly near the last minute, one "fan" seems to be looking to cash in on the cancellation. Unfortunately, for Mick and the boys, in addition to having some unhappy fans, they had the misfortune of having a lawyer's wife among the dejected. Now they are facing a $50 million dollar class action lawsuit! Wow, how much were those tickets?!?! Actually, the lead plaintiff, whose husband is conveniently representing her, says it was more than just the ticket and travel expenses to Atlantic City for which she's seeking compensation. The "victim" apparently elaborated on her distressed and hardship allegedly caused by the Stones and reportedly said "We were bored for nothing." I've heard of suing for pain and suffering, but boredom? No wonder no one likes lawyers. Of course, if they win and "boredom" becomes a valid cause of action, maybe I'll follow K-Fed around and start ginning up lawsuits!

Green Day is also on the end of someone trying to litigate their way either into the papers, be they green or black and white. This one though is a little more out there. It seems a young man in Oregon claims he wrote the ENTIRE "American Idiot" album. Not just one song mind you, but the whole thing. His proof? Well, apparently none yet as his case was initially dismissed. Does the guy claim he gave the songs to Green Day? Nope. Their label? Nope. Does the guy claim he recorded the songs first? Nope. None of this normal type of evidence has surfaced to support his theft claim. But, he claims he used to go around singing the songs and that one of his friends must have recorded them. The alleged tape then somehow made it's way to Green Day. Yeah, that's the ticket! The guy reportedly told a newspaper that "It was just disbelief every time I heard it on the radio." Probably not as much disbelief as I had after reading about this case. Perhaps the plaintiff took the album title a little too literally.

Of course, as bizarre as these two cases are, the McCartney divorce proceedings may be even wackier. We'll have to keep an eye on that one to see if either party in that mess has a leg to stand on.