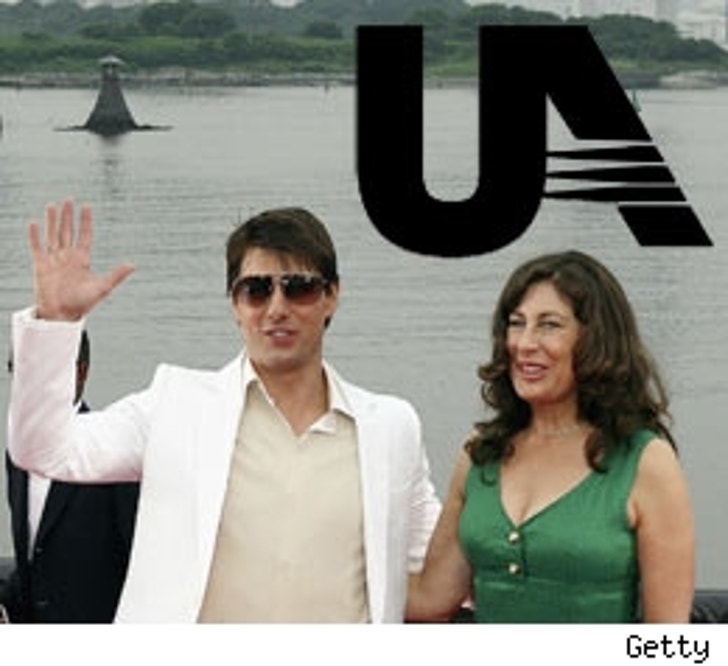 Not letting any grass grow since getting canned by Viacom's Sumner Redstone, Tom Cruise and Paula Wagner are setting up shop under the resurrected United Artists/MGM banner, with Tom and Paula getting full control of the company's production slate, and Wagner taking the title of CEO of UA.

The reborn studio, originally formed by Charlie Chaplin, Mary Pickford, Douglas Fairbanks and D.W. Griffith, will purportedly give producers, writers, directors and actors a talent-friendly production environment, assuming, of course, that they take no shots at Scientology. Cruise and Wagner have produced films with worldwide box office grosses exceeding $2.9 billion.