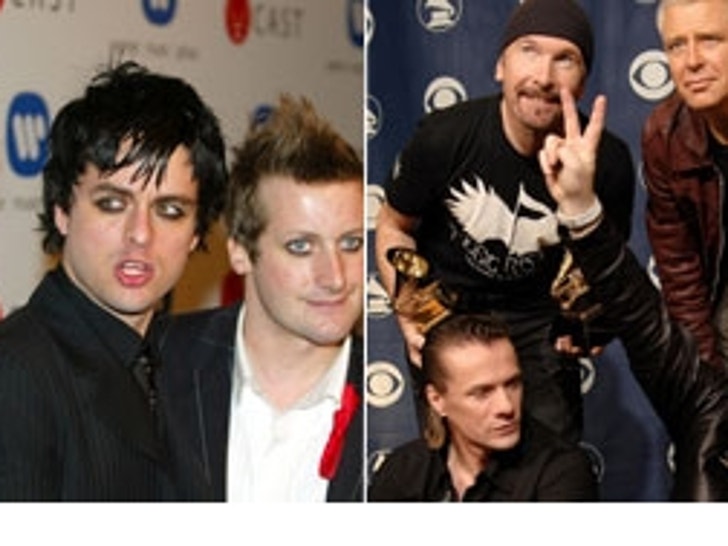 While Bono has received accolades from Republican (and Democrats, but that's expected) for his in depth knowledge of economics and world heath affairs, gained by first hand, on the ground experience as well as some obvious studying up on the issues. Politicians of all stripes are more than happy to get photo ops with a rock star, but it's easier for them when the rock star is informed to the level of St. Bono. And, there's no question that Bono's Bible approach to the poverty and AIDS issues made it easier to gain access to certain Republicans on Capitol Hill. Some say there is another reason Bono has been embraced by the White House and other national Republicans: his refusal to speak out on the Iraq war. 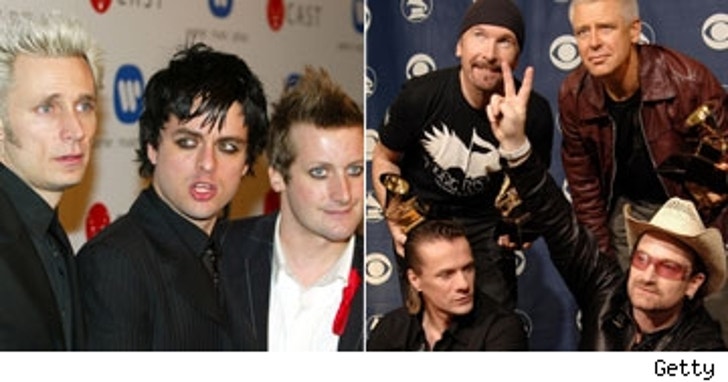 Indeed, Bono has had to address some behind the scenes sneers and snickering from the rock elite on his decision to stay silent on the issue. The singer has basically admitted to not talking about Iraq so he can continue to remain "non-partisan" in order to continue to lobby DC on behalf of "the world's poor." By any measure, he's been successful in the latter and for the most part, outside of a fund raising concert for Iraqi civilian refugees, has steered clear of the issue. He's had unprecedented access (for a rock star) to the President and gained quite a few fans in the White House. But, that cozy relationship may become a bit strained when the folks at 1600 Pennsylvania Avenue see the video for U2's and Green Day's new take on the Skids' "The Saints Are Coming", which is part of a fund raising effort for the Gulf Coast region still recovering from the effects of Hurricane Katrina.

During the video, now circulating on YouTube, the bands overlay images of both concert footage and scenes from New Orleans with some CNN-style news tickers announcing a imaginary headline saying "US Iraq Troops Redeployed to New Orleans." The obvious faux news ticker is being seen by some as a slam at not only the Administration's response to Katrina, but to the war in Iraq. Is there a suggestion here that had more of the troops been home they could have been used to rescue Katrina victims much sooner than they were?

I don't think the message is quite that literal. My guess is that what the bands, via this video, are trying to say is that if we can spend billions in "rebuilding" Iraq, the U.S. could have found the money and resources to get those people out earlier and bulk up the rebuilding effort, which in places like the 9th Ward of New Orleans is amazingly still lacking. Either interpretation is certain to rankle Bush loyalists who no doubt would rather have these guys just shut up and sing. Of course, with the way things are going these days some issues kind of speak for themselves - so the politicos might be quite happy with changing to the subject from actual reality to the machinations of rock stars.