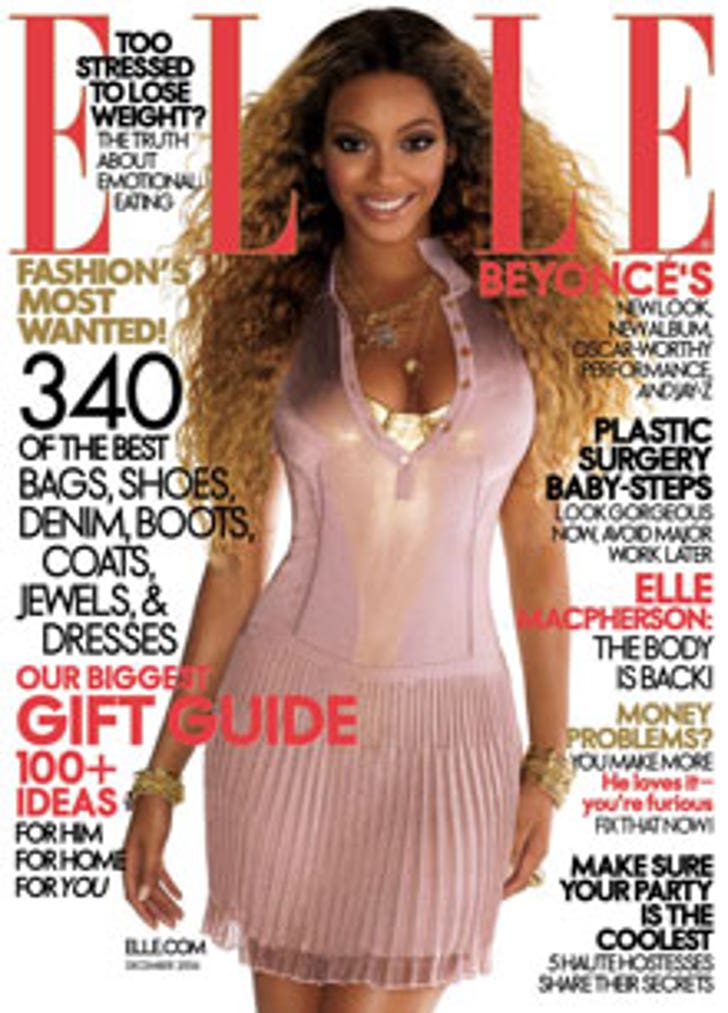 Contrary to popular belief, Beyoncé Knowles is not angry.

After the debut of her rage-filled video for "Ring the Alarm," everyone wondered if she had flipped her diva lid. Beyoncé tells Elle magazine that she just "didn't want to do another album full of love songs. I did that last time. It's boring."

Miss B nixes rumors that the song is about her boyfriend, Brooklyn rapper Jay-Z, cheating on her with pop star Rihanna: "There's nothing to read into. Sorry to disappoint you!" Okay.

Beyoncé does reveal that her public image is the calculated hard work of many people. "I have a team and we've been working together since I was 15, so every show, earring, every shade of eye shadow is all something that comes from me and my team." You don't say.

Beyoncé let go of her mad-as-hell persona to give a raw and honest performance in the upcoming film adaptation of the Broadway musical "Dreamgirls." Knowles' acting coach, Ivanna Chubbuck (don't you?), admits that the bootylicious star wrestled with demons. "We went really deep. It was like therapy." Get me a couch.

Read the entire interview in the December issue of Elle magazine.