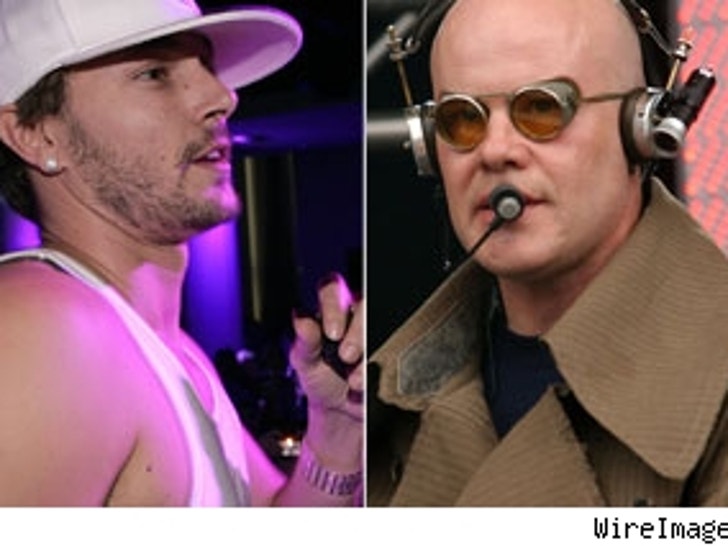 It's a good thing Kevin Federline has been earning some money lately. He was hit earlier this year with a copyright infringement lawsuit filed by Thomas Dolby. For the younger set, you'll remember Dolby from his smash hit, "She Blinded Me With Science," which was recently named by VH1 as one of the top songs of the 80s. Apparently, K-Fed liked the song enough to sample it in his "America's Most Wanted" tune which he streamed on his MySpace page. The song was reportedly downloaded over half a million times. 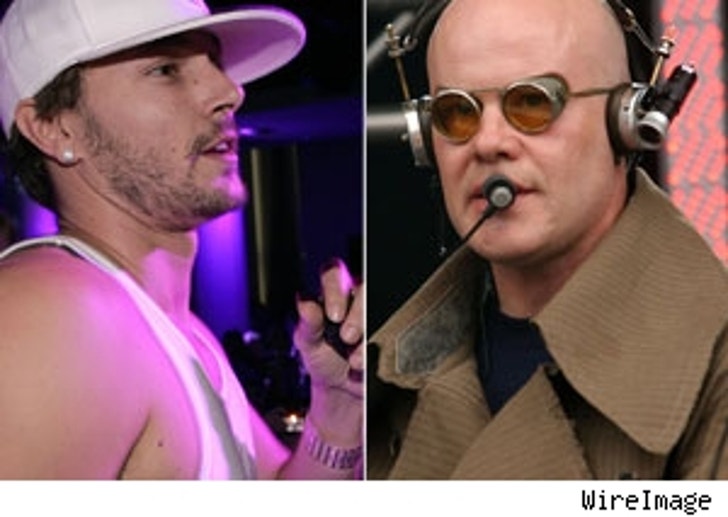 Dolby checked out the MySpace page to listen to the tune. He didn't like what he heard, from both a legal and artistic standpoint. Once he confirmed that he had not licensed the sample to anyone connected with Federline, Dolby wanted to put an immediate stop to the sampling. However, he says he had a lot of trouble actually locating him, even when going through Britney's agent. Perhaps K-Fed was away on one of his club tours?

Speaking with Thomas today, he tells TMZ that, at first, he didn't even know who Federline was; a fan posted something on Dolby's website forum alerting him to K-Fed's sample. Dolby says he even tried to post a "cease and desist" letter on Federline's MySpace page and that he was blocked by a filter ... suspecting that "words over one syllable" were not allowed on K-Fed's page. Finally, K-Fed made an undisclosed cash payment to Dolby for stealing borrowing part of his song.

Now that the lawsuit is resolved, Dolby is readying himself to hit the road for the first time in years. He releases a live CD and DVD "The Sole Inhabitant" on November 21 and on November 28 hits the road for a four-week North American tour with fellow Electronica pioneer BT.

Meanwhile, K-Fed isn't just getting slammed with lawsuits. He again appeared on WWE's "Monday Night Raw" last night and challenged champion Jon Cena to a match in Miami on New Year's Day 2007. Cena happily accepted. You'd think Kevin learned his lesson last time he was embarrassed on national TV. Maybe K-Fed needs the wrestling gig money to make up for all money being lost on poor concert ticket sales? And to pay up on lawsuits.