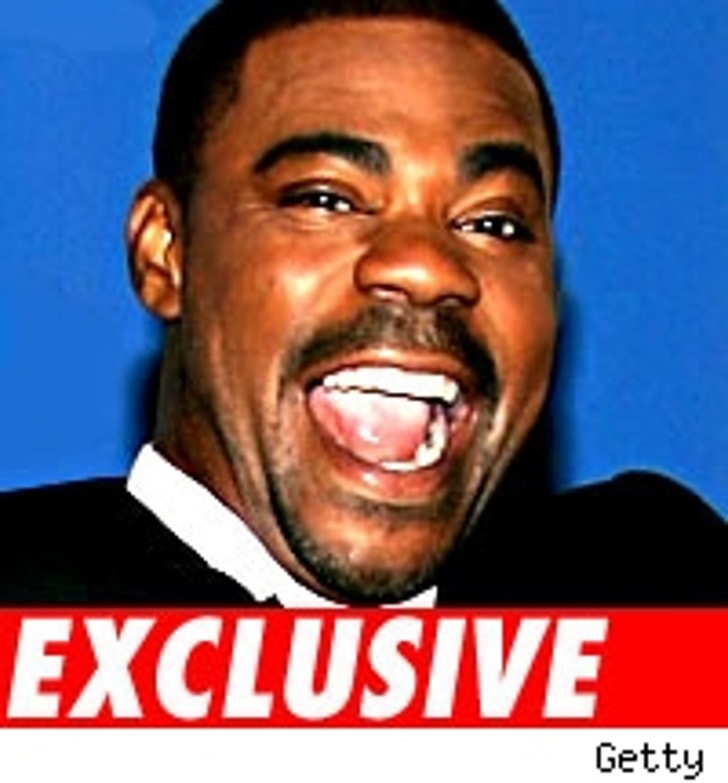 TMZ has learned that "30 Rock" star Tracy Morgan was busted for drunk driving early this morning in New York.

Police sources tell TMZ the comedian/actor was stopped at 4:38 AM in Manhattan after cops noticed he was driving erratically. According to the police report, Morgan "was unable to maintain a position in a lane of traffic."

Edison Alban, spokesperson for the Manhattan D.A.'s office, tells TMZ that Morgan told cops he was drinking beer at a club before he was pulled over.

Morgan was taken to the 33rd Precinct and charged with Driving While Intoxicated and Operating a Motor Vehicle While Impaired.

This is Morgan's second drunk driving arrest. He's currently on probation in Los Angeles for a D.U.I. conviction. The latest arrest could constitute a violation of Morgan's probation and, as a result, he could face jail time in both L.A. and New York.