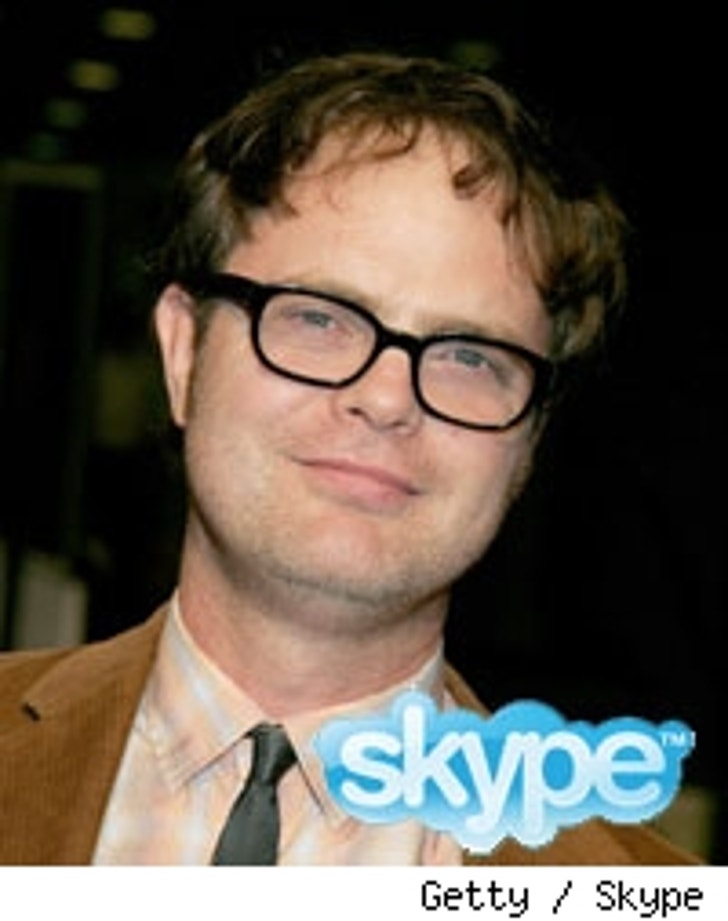 Ever feel like asking Rainn Wilson how much of a nerd he is compared to his character Dwight on "The Office?" Or maybe you've been itching to talk to Fonzie ever since "Happy Days" went off the air. Well thanks to the nice people over at Skype, your time has come.

Teaming up with parent company eBay, Skype is auctioning off a chance to talk to celebrities on the phone. Not just any phone; a Skype phone that will allow them to see the celebrity on the other end, so you know that Rob Lowe isn't fixing himself a snack instead of focusing all his attention on your "West Wing" questions.

Proceeds from the auctions will benefit The Young Storytellers Foundation, a Los Angeles based arts education organization.