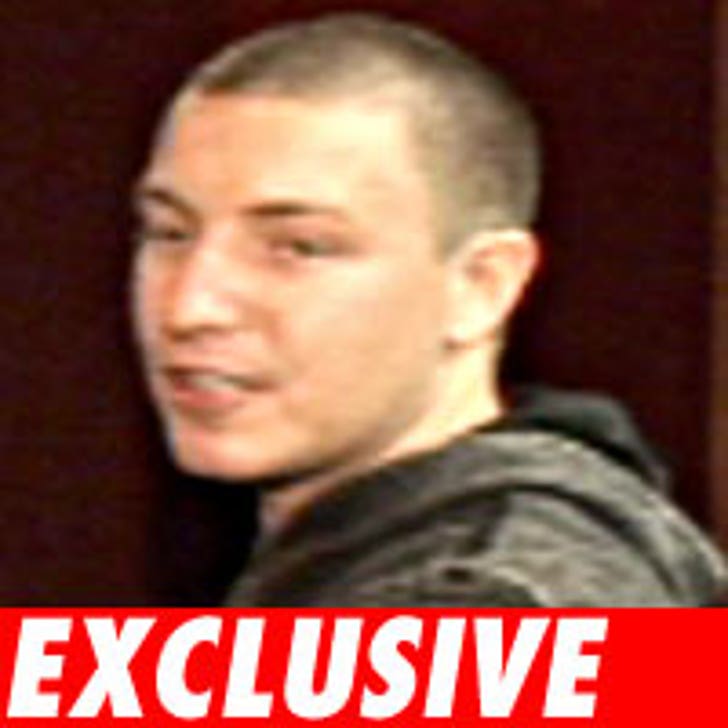 TMZ has exclusively learned that Lane Garrison drank "several shots" of Grey Goose vodka at a party before driving a Land Rover that crashed in Beverly Hills, killing 17-year-old high school student Vahagn Setian and injuring two 15-year-old girls. This contradicts the account of Harland Braun, Garrison's attorney, who told TMZ that the "Prison Break" star had consumed only one drink at the party, and that he doubted that Garrison was intoxicated when he took the wheel.

Five eyewitnesses from the party tell TMZ that Garrison arrived at the party with Setian and two women, whom he had met earlier at a gas station. They say Lane brought a bottle of Grey Goose vodka to the party and unveiled the bottle to the crowd with a flourish. The gathering was described by several attendees as a "kick back of around 30 people." Two of the eyewitnesses claim that Garrison took four or five shots of vodka. Two others claim they witnessed the actor throw back six or seven shots. Several eyewitnesses also claim Garrison offered shots to other partygoers and say photographs were taken of Garrison consuming alcohol.

Later in the evening, when the alcohol at the party was running low, the eyewitnesses say that Garrison agreed to drive out to buy more, and took Setian and two girls with him. About four hours elapsed, they say, before they became concerned and drove out to look for Garrison, Setian and the young women. After discovering the accident, they then drove to Cedars-Sinai Medical Center, where they learned that Setian had died.

Attorney Harland Braun tells TMZ that ultimately the results of Garrison's blood alcohol test could tell the story. The results of that test are two weeks away.