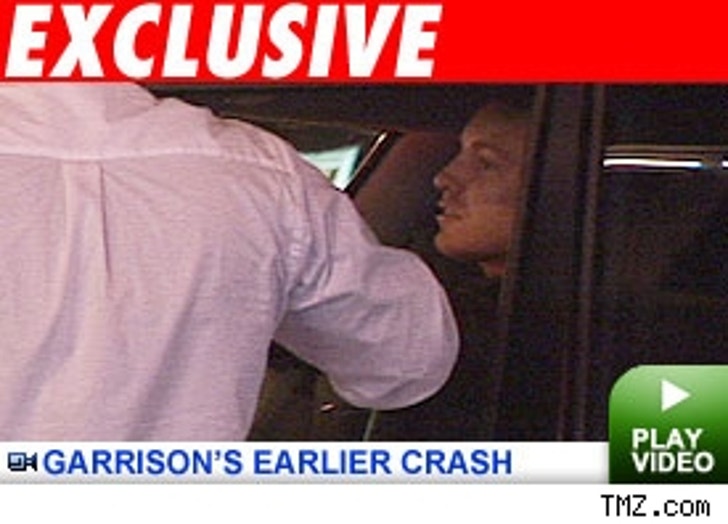 TMZ has obtained details of "Prison Break" star Lane Garrison's other accident, which was caught on tape... from the man whose car was on the other end of the wreck.
The accident occurred outside of Hyde nightclub in West Hollywood on October 20, just seven weeks before Garrison was behind the wheel of his Land Rover when it slammed into a tree in Beverly Hills., killing 17-year-old high school student Vahagn Setian.

John Collins, who had been at the Laugh Factory that night, tells TMZ he was standing on the corner waiting for the valet to retrieve his black Infiniti M35 when he witnessed Lane Garrison's white Land Rover rear end his car at a stop light.

Collins approached the scene with two friends, and tells TMZ that Garrison asked if they could exchange information after they had moved the cars away from the middle of the intersection. Collins says he told Garrison "absolutely not!" and demanded his insurance information. At that point, Collins says he was told "I'm Lane Garrison," to which Collins replied, "I don't care." As a swarm of paparazzi surrounded the cars, the parties moved to a side street.

Collins says Garrison never mentioned any difficulty he was having with the car's brakes or alignment. Garrison's attorney Harland Braun told TMZ the car had been having "mechanical problems" as of late, and those issues could have contributed to the fatal crash.

In addition, Collins tells TMZ that Garrison personally called him after the accident and made it an "easy situation."

Lane's the one in a tough spot now.