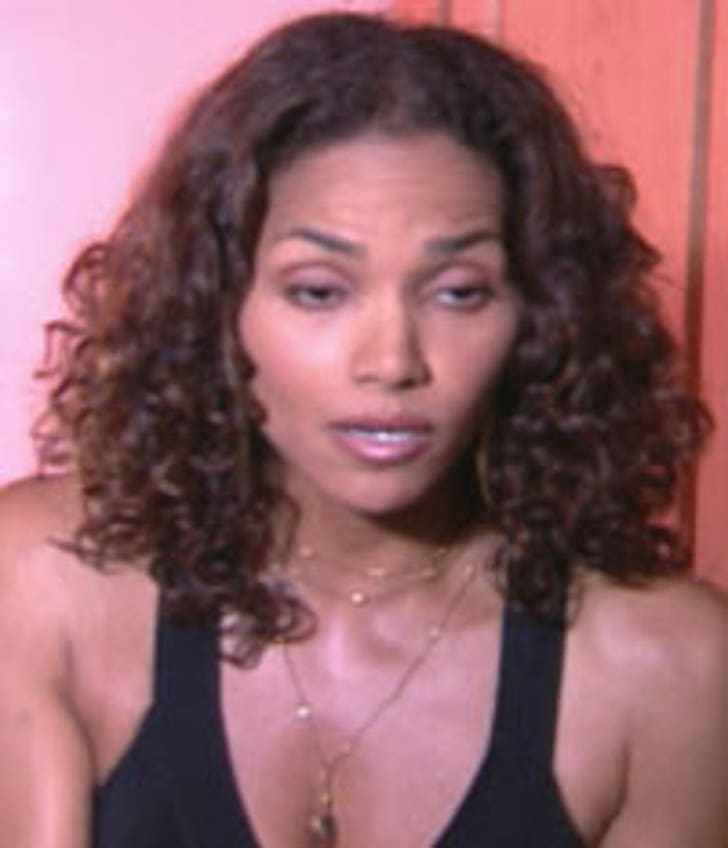 Halle Berry is one of those hotties who can do just about anything she wants and we'll eat it up. Whether it's an action film or a serious role, Halle lights up the big screen in a way few in Hollywood can. But, can she sing?

A rumor is floating around the net that Halle Berry is going to put out a record. A lot of people's first reaction is "Halle NOOO!!!!!" Too many times we've seen big screen stars pick up the mic and, shall we say, "not do so well." I mean, we all remember Alyssa Milano's recording career, right? Or, Halle's "Monster's Ball" co-star Billy Bob Thornton's? Ok, I don't remember either. That's because some people shouldn't quit their day jobs or try to "crossover." Is Halle one of them? She did play Dorothy Dandridge and Zola Taylor, so I guess it's possible she could be up for giving it a go.

The rumor has been beefed up a bit with a wikipedia page now devoted to the record. Of course, the wiki writers use words like "confirmed" and cite sources that do anything but confirm. There is even a link to a record label supposedly putting out the disc, but the link to the label goes to a non-existent page. Today, there is even a "track listing" floating around , citing an all-star cast of singers, producers and songwriters allegedly working on the record, including uber-producer Scott Storch. Even Storch's wiki page has him listed as producing three tracks for Berry. But, the whole thing may be a hoax. Storch's rep tells TMZ that they've never heard of the project and that reports that he's working with her in the studio are "completely untrue."

So, now we know Storch is not involved. That doesn't quite quash the rumor. The supposed due date for the release is in February, so we won't have to wait too long to find out if Halle has pipes to go with her impressive lung capacity. With two new films coming out next year, and a seemingly happy romance, I'm betting Halle doesn't have time for a record. But, stranger things have happened...