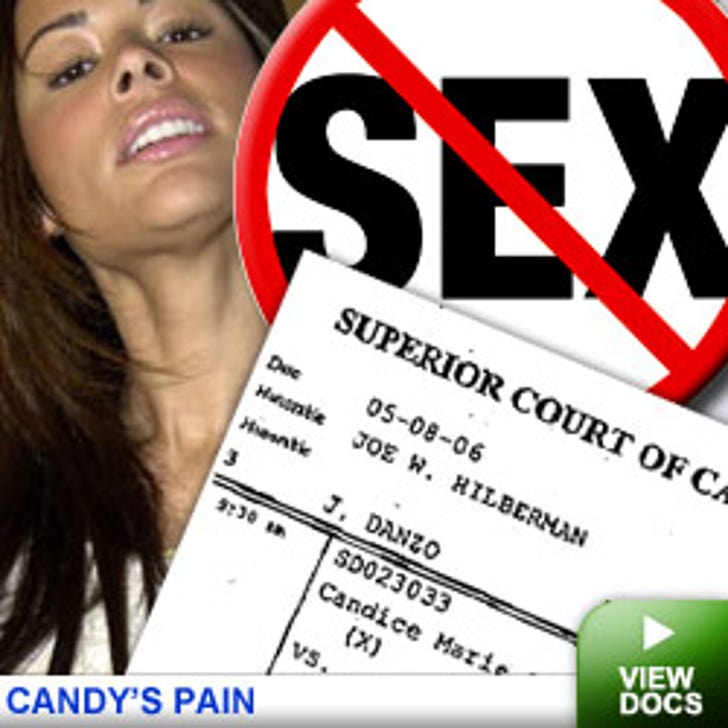 Candice Sanders might want to think twice about getting hitched -- or engaged -- again. Before the beauty queen was engaged to Jim Lampley, she was married to another man who she says was unable to have sex her.

TMZ first reported that Sanders, the 2003 Miss California USA, accused sportscaster Jim Lampley of repeatedly throwing her against a wall on New Year's Eve and had him arrested. Today, we've obtained court documents, filed in Los Angeles County Superior Court, that annulled the former Miss California USA's marriage to a Jehovah's Witness, Marlon Muller. Sanders claimed "there was fraud in [Muller's] representations of his ability to have children and participate in marital sexual relations," that Muller promised to give up "his practice of being a Jehovah's Witness" and that their "planned children would not be raised as a Jehovah's Witness." Apparently the court agreed and annulled the marriage after just six months.

Lampley, for his part, has denied Sanders' allegations, and hasn't acknowledged that he is (or was) engaged to Sanders.