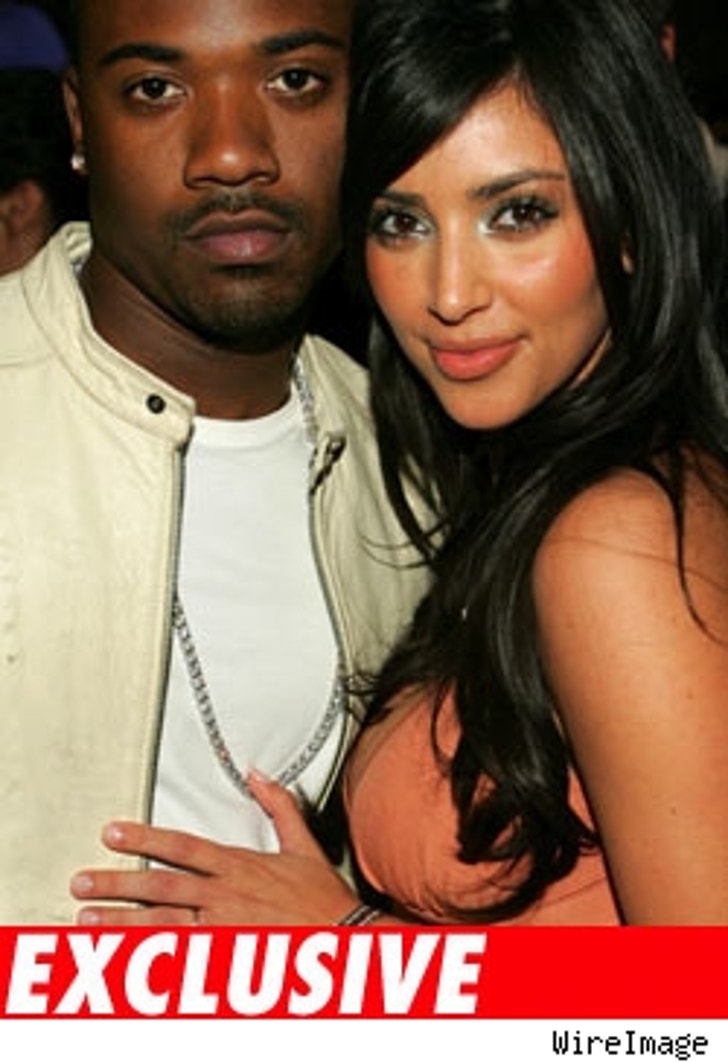 In an exclusive conversation with TMZ, Kim Kardashian claims that she has nothing to do with the sale of a raunchy sex tape ... but she isn't denying it exists.

"There is no tape being shopped," Kim said. Paris' BFF added, "Ray J and I remain friends, and there is nothing he would do to spite me."

As TMZ first reported, Kardashian and Ray J, Brandy's bro, made a tape during their relationship that is being shopped to several adult video companies. One source, who has seen the tape, claims it features oral sex and water sports.

Kardashian tells TMZ, "I would love to see what they've seen."

Kim claims that word of the sex tape first spread after Ray J left a shocking note on her MySpace page saying, "Let's show the world our sex tape." According to Kardashian, Ray J called her immediately after he posted the note and asked her to delete it.

A rep for Ray J could not be reached at the time this article was published.