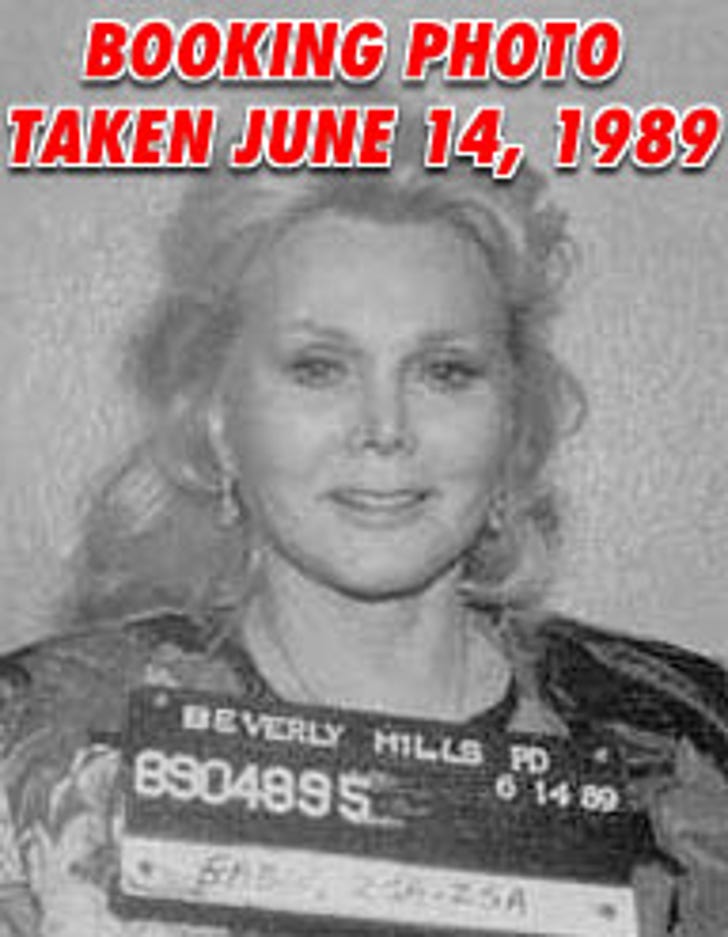 Sources tell TMZ that Zsa Zsa Gabor might be a virtual prisoner in her Bel Air home. We're told she doesn't leave the house and is not allowed to have visitors. Is the "Prince" preventing any contact with the much-married star of "Queen of Outer Space?" She has not been seen in public for over two years.

A source tells TMZ that Zsa Zsa's own daughter, stand-up comic Francesca Hilton, is not permitted to see her mother, because her ninth husband, the "Prince," keeps strict guard on the former Miss Hungary of 1936, who is now 90. Zsa Zsa was last spotted in 2005, when a German tourist photographed the couple on a Beverly Hills street. It led to an alleged assault on the tourist by the "Prince," -- subsequently sued by the tourist, who was hospitalized with injuries. The litigation is ongoing.

A German princess adopted and transformed the former Hans Robert Lichtenberg into one Frederic Prinz von Anhalt in 1980 when he was about 50; exact arrangement unknown. He married Gabor in 1987, making her Princess von Anhalt and Duchess of Saxony, and of course, Queen of Outer Space, and him a possible Anna Nicole Baby Daddy, and he says it almost made Anna Nicole a princess by adoption, but Zsa Zsa wouldn't sign the papers, dah-ling.

Ed Lozzi, friend and former publicist for Zsa Zsa said, "I do not know for sure if Zsa Zsa is a prisoner. She could be. I do know that von Anhalt will not allow anyone to visit her, even her own family." Lozzi referred to von Anhalt as "a well known fabricator." Francesca is Zsa's 59-year-old daughter from her marriage to Hilton hotel founder Conrad Hilton. She refused to comment on this story, but we're told that Francesca does speak with Zsa Zsa daily by phone. A TMZ source insists that Zsa Zsa did not have a stroke and is still in her cups.

The last surviving Gabor, of three sisters who were the sexpot party girls of their day, now spends her days in a gated Bel Air home once owned by Elvis Presley. She survived a serious car accident in 2002 that left her mostly confined to a wheelchair, for which she was later awarded $2 million in a lawsuit. Her mother Jolie died in 1997 at 97, as did sister Magda, who once married Zsa's ex-husband George Sanders. Sister Eva of "Green Acres" got a heavenly penthouse view in 1995.

Zsa Zsa, the original "famous for being famous" celeb, was actually imprisoned for three days in 1990 after being convicted in a 1989 cop-slapping traffic stop incident in Beverly Hills, which sparked a comeback and some community service in a Venice, Calif. women's shelter.

A call for comment from Prince von Anhalt's representative went unreturned. God bless Zsa Zsa Gabor, wherever she is. Oh, and Anna Nicole too, and Dannielynn ... who might be a princess. Free Zsa Zsa.