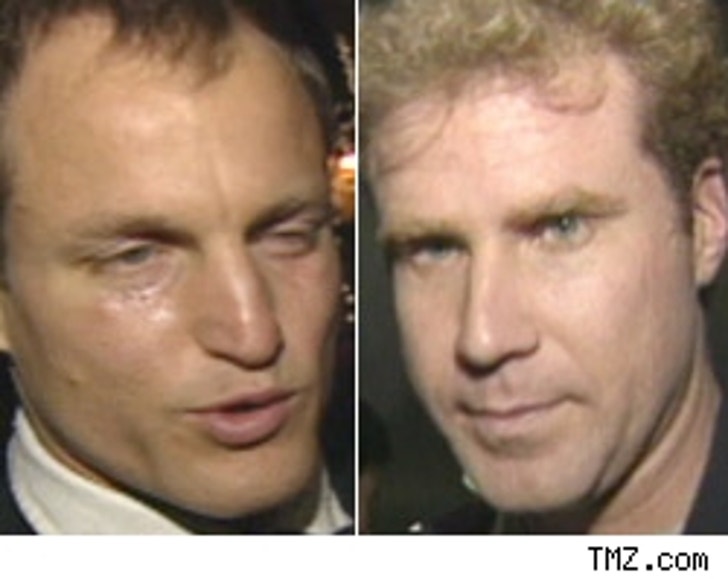 Can white men jump ... or not? That's the debate raging in the TMZ newsroom after we got word from an insider on the set of Will Ferrell and Woody Harrelson's new flick, "Semi-Pro," that both actors are garbage on the basketball court.

According to our source, the pair were a couple of ball-bumbling baboons yesterday. In fact, our guy said that for the majority of the 15-hour day, the guys could barely get a shot near the rim.

This has, however, sparked a rumble here in the office. According to Daniel, a TMZ staffer who has actually played with Ferrell before, "Will definitely has game". Now, since Daniel has yet to reveal the quality of his own athletic talent, it's possible that Will could suck and yet be considered an all-star compared to our guy. (Ed.'s note: I'm good, dammit! -- Daniel)

As far as Woody goes, he played the ringer in the 1992 film "White Men Can't Jump," and appeared to be a b-ball expert in the film. In fact, a friend of TMZ wrote in to say Woody is definitely a baller. Guess anyone can have an off day.