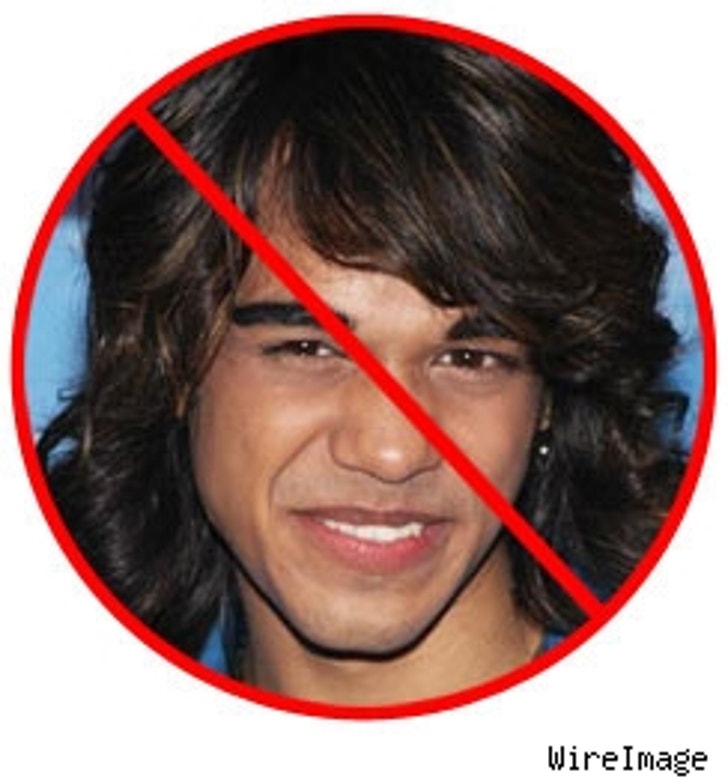 Some serious "American Idol" viewers are still fuming over the fact that Sanjaya Malakar not only remains on the show, but that he wasn't even bottoming out. Now someone has conjured a plan that could help rid the "A.I." stage of any additional hairrific performances ... er, other than the one scheduled for next Tuesday.

At voteAGAINSTtheworst.com, viewers are assigned to contestants for voting purposes -- based on which state you live in -- every state is then assigned to a performer, leaving none dedicated to Sanjaya.

The only way to make this work is for people in these states to actually vote. Unfortunately, since it's been proven that enough people are voting for Sanjaya to keep him on, Fanjayas will have to be converted in order to boot the mildly talented Malakar, whose rendition of "Cheek to Cheek" this week caused Irving Berlin to centrifugally spin in his grave.