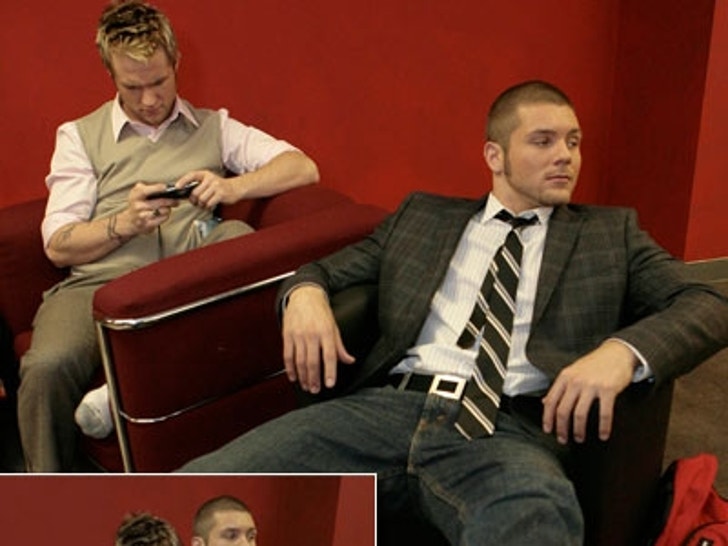 Chris Richardson and Blake Lewis are close friends on "Idol," but they probably aren't this close. 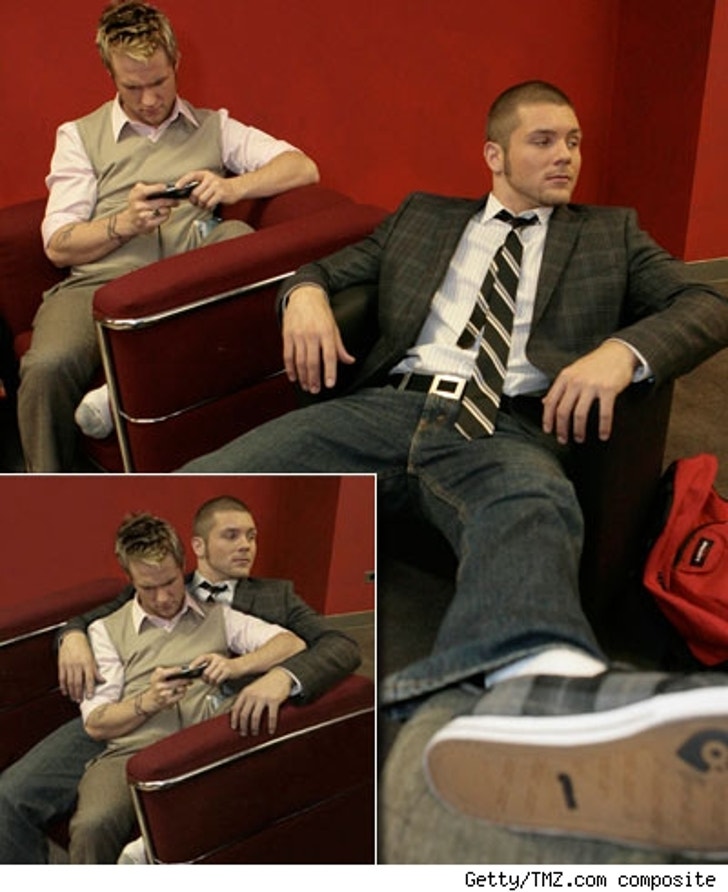 The fake photo has been making the Internet rounds, but the original was taken backstage at "American Idol" on February 20.

If the people behind the doctored photo wanted people to believe it was real, using Sanjaya might have been more convincing!