Leaving borefriend John Mayer at home, a brunette-tressed Jessica Simpson stepped out to Element in a low-cut gazongas-enhancing top, then headed to Parc and then Winston's -- talk about a party train! 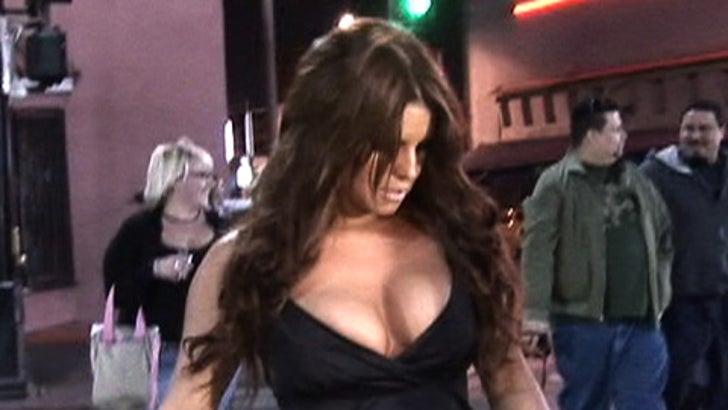 While walking her girls from Parc to a faraway parking lot, Jess had a close run-in with a dreadlocked homeless man, who was curious as to why everyone was taking pictures of her. Her sarcastic reply -- "I don't know." Simpson's leather-clad Nick Lachey-alike then stepped in and shielded her from the curious streetperson.

A short time later, TMZ caught Simpson near the end of her uplifted barhopping adventure, telling photographers outside of her final stop, Winston's, that she didn't have any fun at the hotspot, however, photographers and onlookers had fun wherever Jess and the girls appeared.