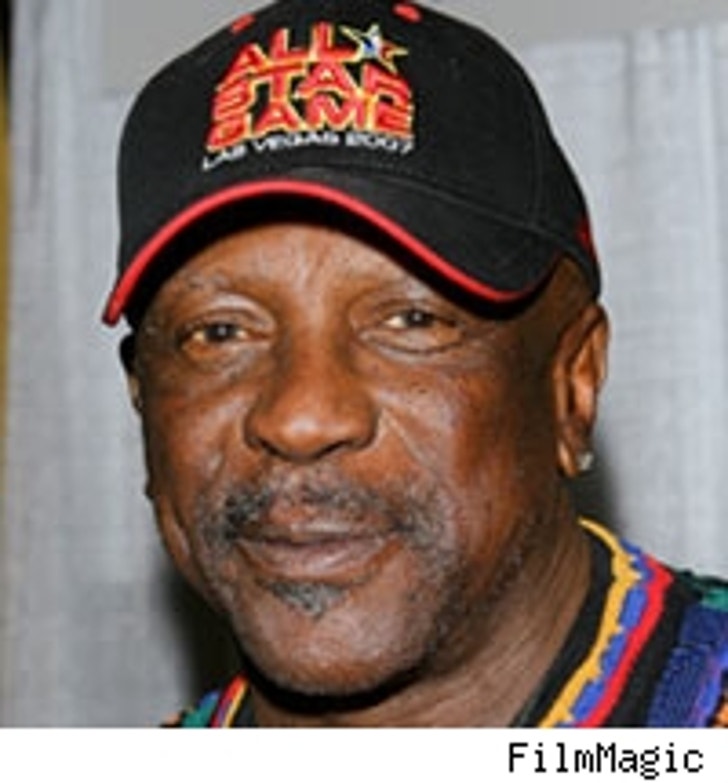 Actor Louis Gossett, Jr. is being slammed for allegedly not paying for a pair of $37,000 Lakers tickets, and now the brass behind the basketball team is crying foul.

In a lawsuit filed recently in Los Angeles Superior Court, the former "Iron Eagle" is accused of signing a 2003 contract for a pair of exclusive Premier Seats at Staples Center -- home to the Los Angeles Lakers, Clippers and the NHL's L.A. Kings -- but never forking over the dough. The tickets, located close to the floor, are good for nearly any sporting event at the arena -- for two years!

Now, L.A. Arena Funding, the company that handles ticket sales for Staples Center events, is asking for $38,850 in damages. To put things in perspective -- that's less than 1% of what Kobe Bryant made this year (endorsements not included).