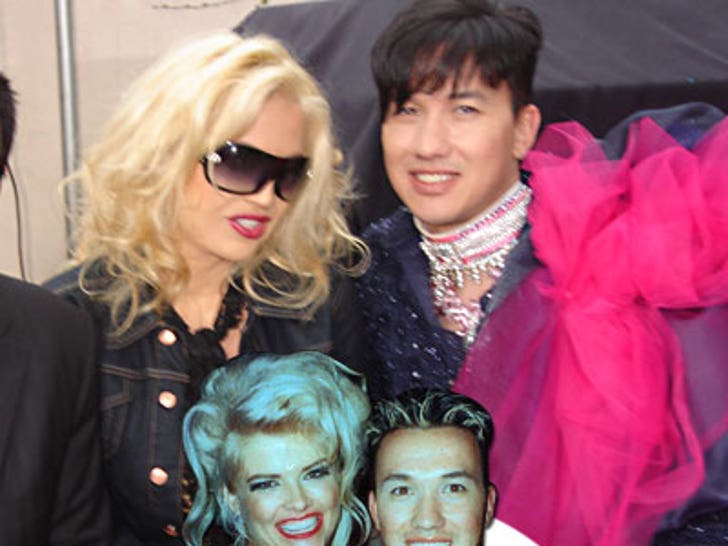 It was deja vu all over again for fluffy Bobby Trendy, as he relived his wacky Anna Nicole days on the set of the Anna biopic starring Willa Ford as the late medicated Playmate. Although Ford does bear a striking resemblance to the 2002 Anna at the height of "The Anna Nicole Show," Bobby now looks more like, well, the supah-glam version of Bobby. 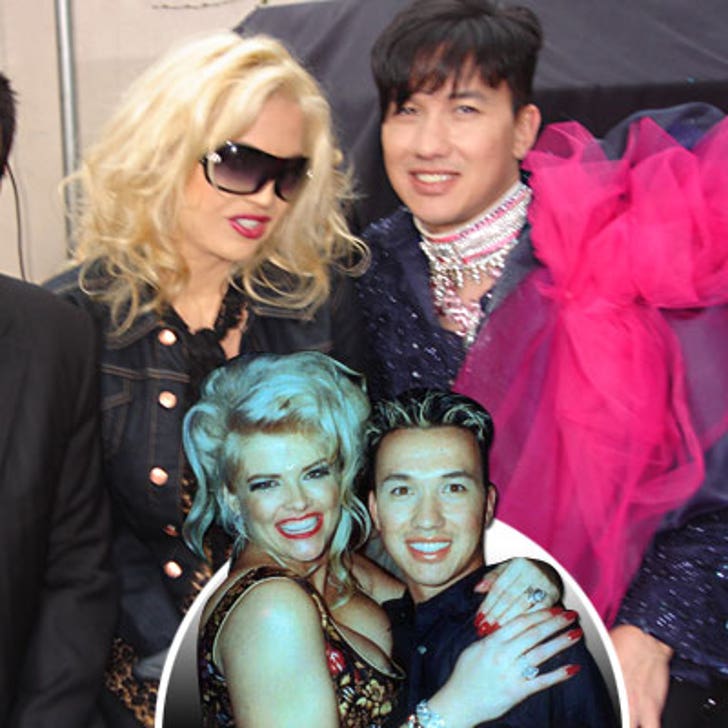 In this side by side, Trendy is seen as he was five years ago, with the extent of his flamboyance going no further than blonde highlights and serious lip gloss. In the biopic, Miss Trendy will be seeing wearing one of her now signature outfits, not unlike those glittery pantsuits worn by Liza Minnelli -- or Liberace at the height of his Vegas phase. Sparkle, hon!

Who's more convincing -- Willa as Anna, or Bobby as Bobby? Vote!