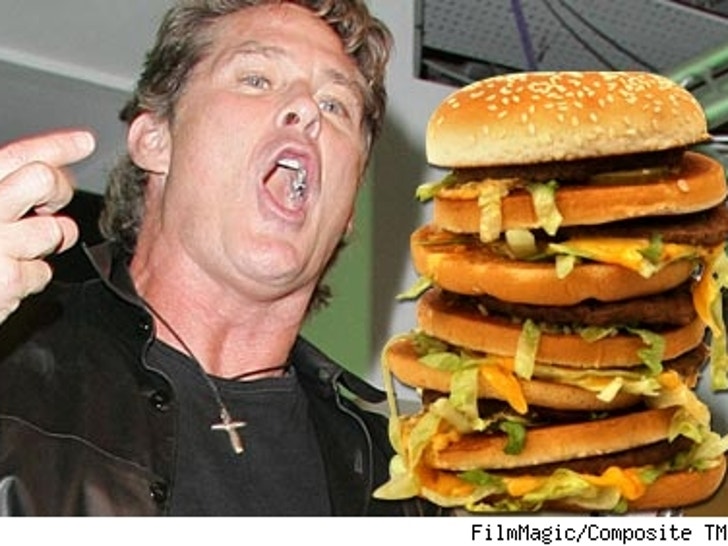 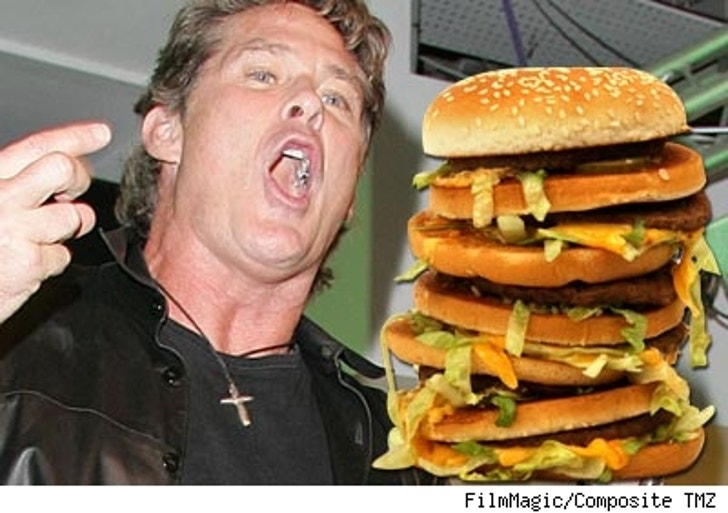 David Hasselhoff blamed some sketchy fast food when he skipped out on two performances of "The Producers" in Las Vegas last month -- could it have been the same burger that he so infamously tussled with in that video his daughter shot?

Vegas gossip guru Norm Clarke reports that he tried to find out what was up with The Hoff when he bailed on two shows on April 20. His rep's response? "He had some kind of stomach thing going on. Apparently he and Joe, his driver, stopped and had some fast food yesterday afternoon that didn't agree with either one of them." But it's so tasty and nutritious!

Later on April 20, Hasselhoff's daughter filmed her dad in what appears to be a drunken stupor, as he tried to shove some a burger into his mouth ... with only marginal success. 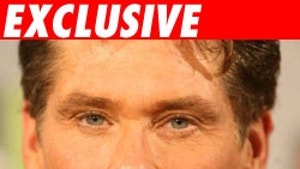