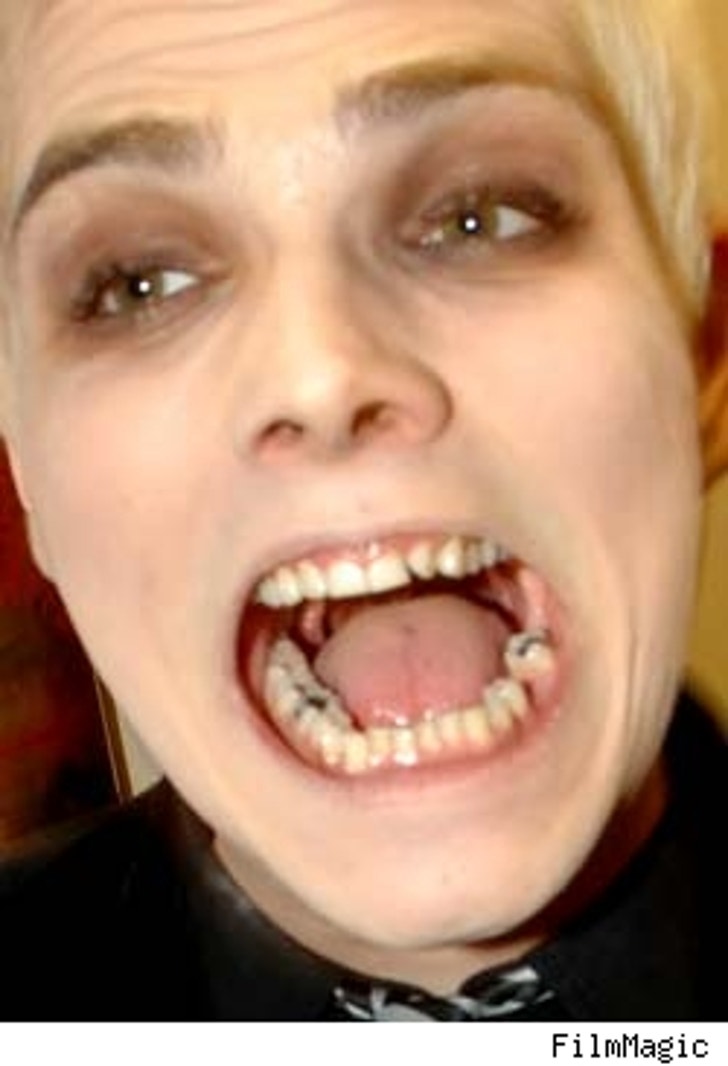 A Virginia cafe owner has received death threats after rock bands My Chemical Romance and Muse got salmonella food poisoning at his restaurant. Welcome to the brown parade!

After a gig at the nearby College of William and Mary on April 28, the bands stopped for a bite at Glenn Gormley's Green Leafe Cafe. Shortly afterwards, the musicians (and other patrons) got sick, which forced MCR and Muse to cancel several dates on their tour. Since then, Gormley says angry My Chemical Romance fans have been leaving him death threats. Holy crap! While the Health Department is investigating the situation, Gormley won't go into details of the threats.

According to the CDC, most persons infected with salmonella develop diarrhea, fever and abdominal cramps 12 to 72 hours after infection. The good news is that the illness usually lasts only 4 to 7 days, and most persons recover without treatment.