TMZ was in court this morning as an Orange County Superior Court judge granted Sandra Bullock protection from an obsessed fan. 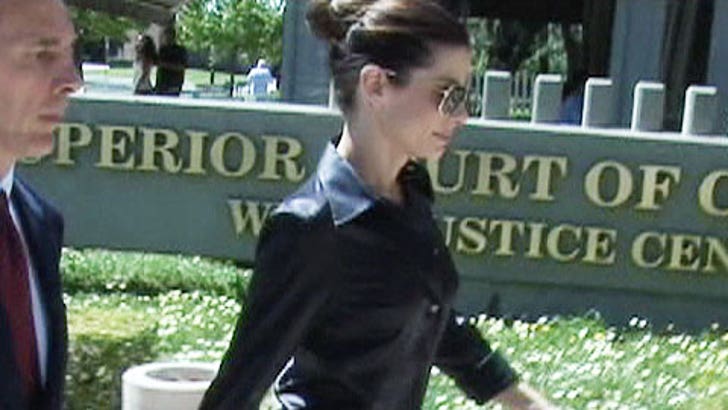 Marcia Valentine was ordered to stay at least 500 yards away from Bullock, her husband motorcycle mogul Jesse James and his children for three years. The judge also made it clear that the A-list couple could use video and audio surveillance as protection.

Bullock, even though she was not required to be there, took this matter so seriously she was present in court to request the restraining order.

According to cops, Bullock and James' 10-year-old child looked on in horror as Marcia "attempted three or four times to run Jesse James over with her silver Mercedes."

Jesse was unhurt during the alleged incident.