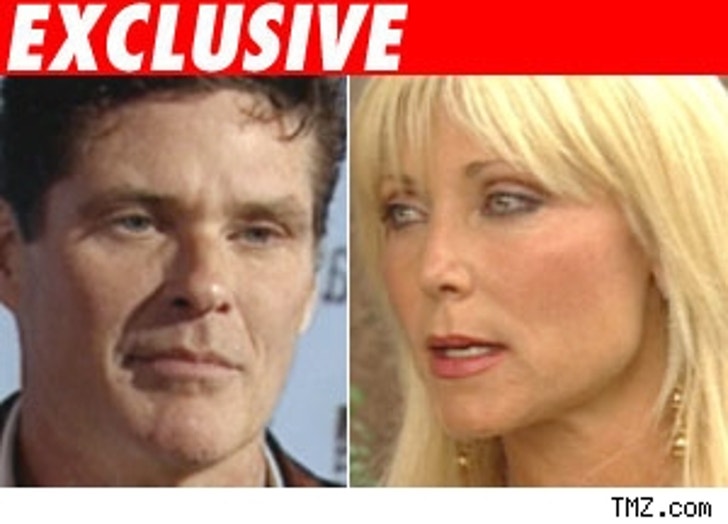 Sources tell TMZ that the anger between David Hasselhoff and his ex has boiled over again -- and the cops came a callin'.

It happened Monday, before David and Pamela went to court. The facts are very much in dispute. A source connected with Pamela tells TMZ that Hasselhoff went to his ex's Encino home to bring a pair of shoes to daughter Hayley. The source says David became "abusive" and Pamela called 911. The source says Hasselhoff left, and the police arrived and took a report.

But a source connected with David tells a radically different tale. The source says Haley asked David to come over to transfer her clothes from her mom's house to her dad's. David was gathering the garments and refused to engage Pamela in conversation. The source says Pamela became enraged and started shouting, and David got in the car and left. The source says Pamela was yelling at him in the driveway as he drove away.

An LAPD source confirmed to TMZ that police responded to a 911 call and a report was taken.