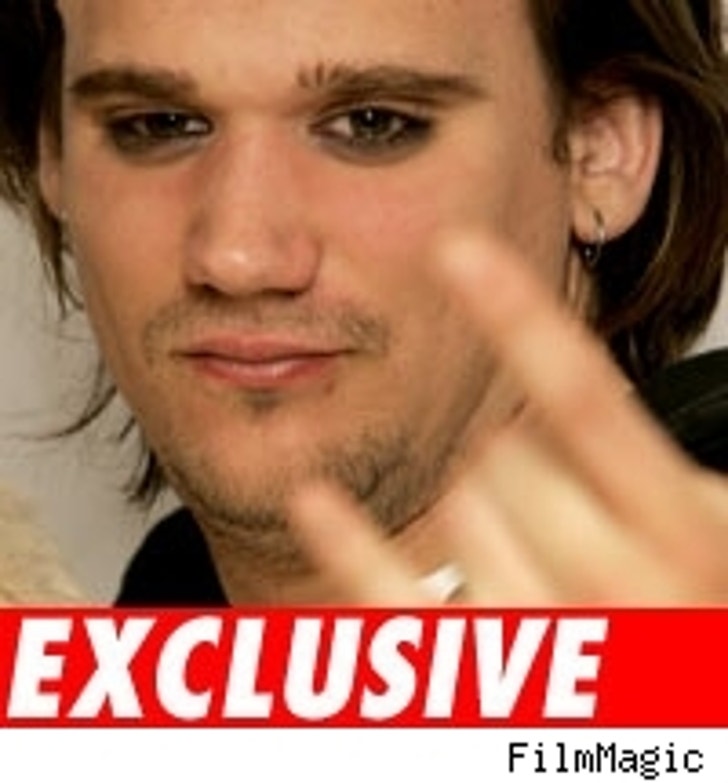 The son of rock legend Rod Stewart was arrested and thrown behind bars bars yesterday, after cops say he used a brick to beat the crap out of a man and his wife in the Hollywood Hills nearly two months ago.

26-year-old Sean Stewart, star of A&E's reality show "Sons of Hollywood," spent nearly an hour locked up in a Hollywood police station, where he was charged with four felonies, including two counts of assault with a deadly weapon, one count of vandalism and one count of throwing substance at a vehicle. Stewart was released on $60,000 bail.

As TMZ first reported, Stewart and a few of his buddies allegedly began throwing bricks, rocks, a mailbox and even a trash can at a random Ford F150 that was driving by a house near a party they were denied entrance to, around 4:00 AM. According to a lawsuit filed by the couple inside the truck, an enraged Stewart began "swinging his arms, punching, throwing bricks and other items."