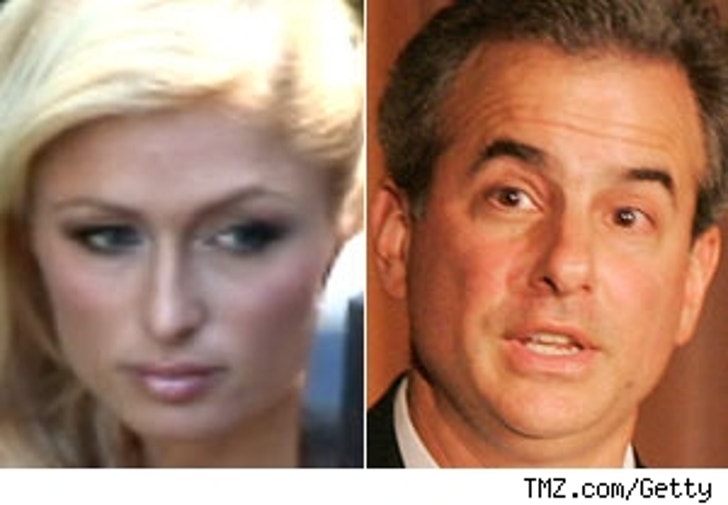 An embattled city councilman who has been accused of making the gut-wrenching Los Angeles traffic even worse has all suddenly taken a very special interest in one very special street -- the one Paris Hilton lives on. Call city hall!

After Paris Hilton's West Hollywood neighbors began complaining about the traffic problems Paris Hilton's jail fiasco caused in their neighborhood, Councilman Jack Weiss sprang into action to try and fix the problem. What makes the timing so odd is the current campaign to have Weiss recalled from office (RecallJackWeiss.com) because residents say his decisions regarding development in the area have "allowed TRAFFIC to CHOKE our area."

Weiss' spokeswoman told the AP that he was working with local authorities to "ensure safety and access" on the narrow road where Paris lives. Trying to save his ass, perhaps?