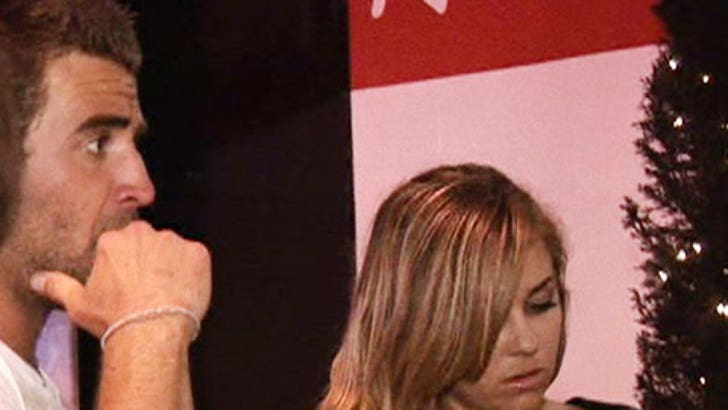 TMZ caught LC filming portions of the next season of her MTV reality show, "The Hills," and Wahler was by her side during the taping outside of Ketchup. For those not savvy to the dating habits of the blonde from "The Real OC," LC and Jason broke up -- for the second time -- last August and Wahler has since been arrested four times ... in four different states!

LC's enemies Heidi Montag and Spencer Pratt were also spotted inside the restaurant -- sounds like a night full of winners for Conrad!