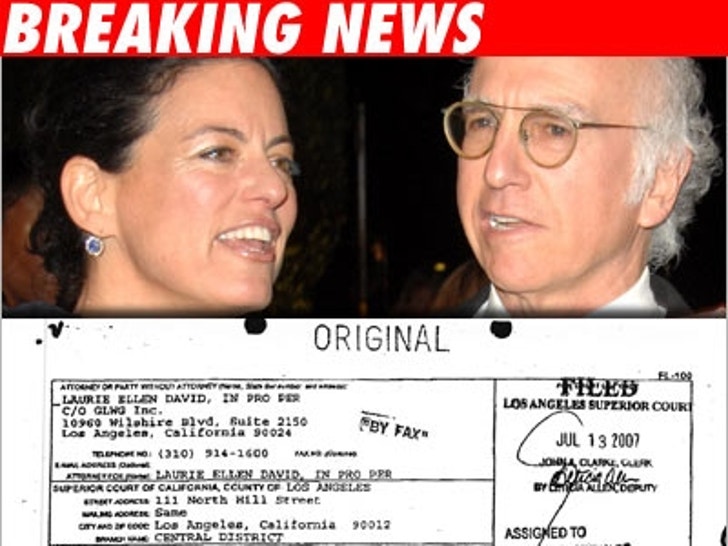 TMZ has learned Laurie David has officially filed for divorce from Larry David. 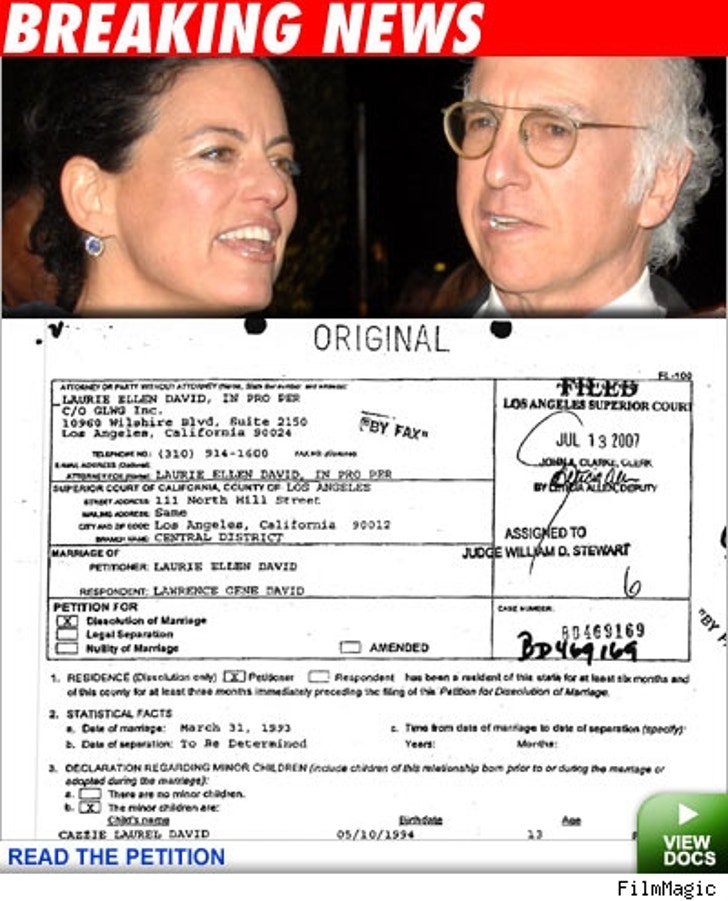 In the court documents, filed July 13 in Los Angeles County Superior Court, Laurie cites irreconcilable differences as the reason for the split. Larry, star of HBO's hit comedy "Curb Your Enthusiasm," and Laurie, known for her environmental activism, were married for 14 years.