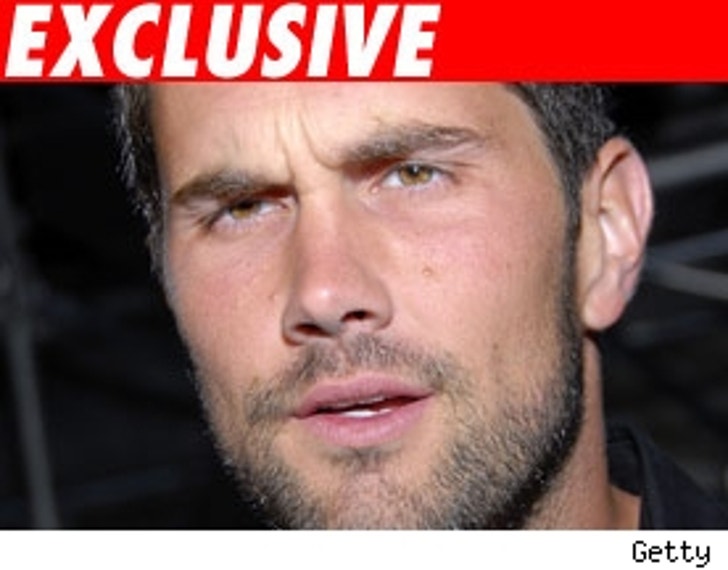 He's taken on some of the biggest, baddest men on the planet, but it's his baby mama who's hitting football stud Matt Leinart where it hurts the most -- his wallet!

TMZ has learned that the NFL pretty boy is locked in a raging legal fight with his ex-girlfriend, Brynn Cameron, over the couple's 9-month-old son Cole. According to sources close to the case, Brynn wants Matt to hand over more than $30,000 per month! That's a ton of jack for a 21-year-old living with her parents! According to sources close to the case, Leinart's pissed -- having already bought her a car, as well as voluntarily giving her around six grand a month. Leinart signed a six-year deal with the Arizona Cardinals in 2006 -- reportedly worth around $51 million.

We're told Leinart's also waging a "gung-ho" battle for custody, and recently filed a petition to establish paternity. Sources tell TMZ that the former USC star already "comes back to L.A. once a week, every week, to see the baby," but he wants a schedule where he can see the kid in Arizona as well. Unlike most pro athlete dads who have kids out of wedlock, we're told Matt is an engaged father who wants to be in his son's life.

But Cameron claims she's doing all the hard work when it comes to parenting, telling the Ventura County Star that Leinart "comes and goes whenever he wants ... he likes that Hollywood stuff and I don't like that."

The two are scheduled to hammer it out in court on August 13. Attempts to contact Cameron were unsuccessful.