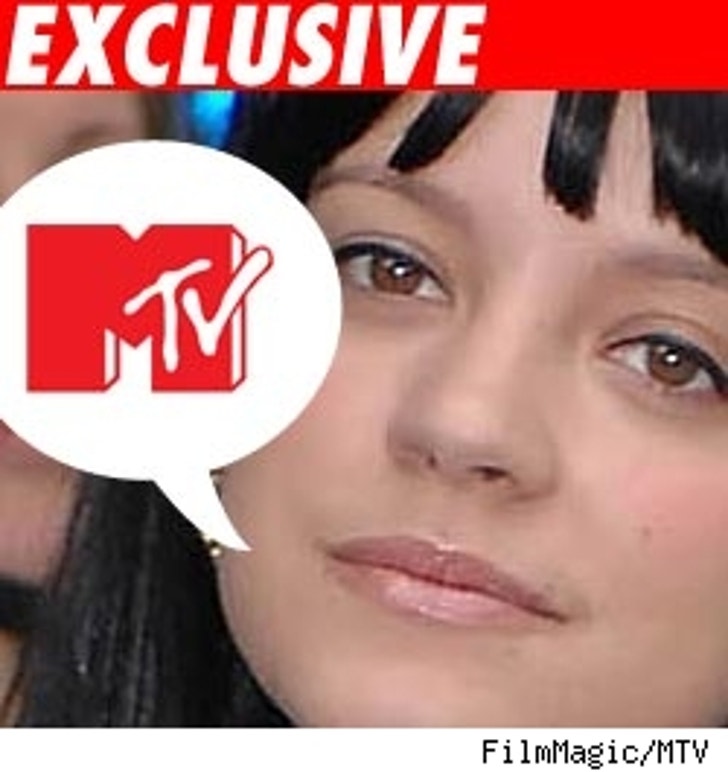 Three-nippled Brit songstress Lily Allen probably won't be able to do the MTV Video Music awards in a few weeks, but TMZ has learned it's not because MTV pulled her from the show, as recent rumors suggest.

A source close to the show tells us that the network "wishes she could perform," but it looks like her visa issues won't be worked out before September 9th, when the show airs. Still, we're told, if she can get her immigration ducks in a row before then, Lily "has a standing invitation to attend the event" and, despite reports to the contrary, the network would "love" to see Allen on the show.

Allen was denied entry to the US last month after she'd had her visa revoked in connection with that photog tussle she got in earlier this year in London.