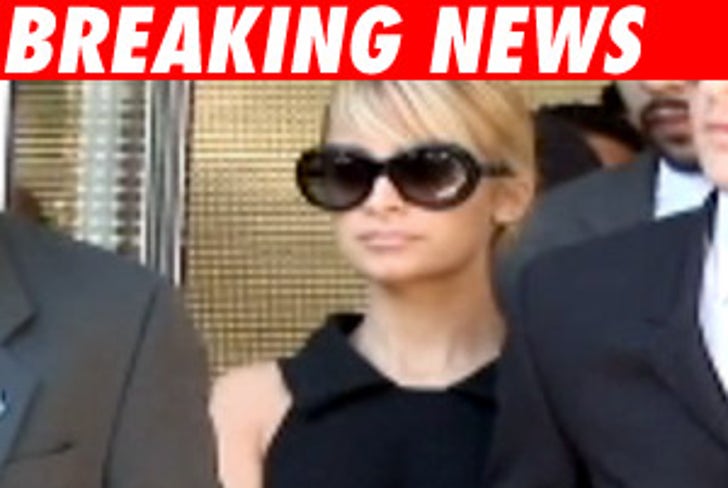 Talk about a smart move! Nicole Richie snuck into jail today to serve her sentence for DUI.

She was booked at the Lynwood Jail, where Paris did her time, at 3:15 this afternoon. Great move by her lawyer, Shawn Chapman Holley. While all the attention was focused on Lindsay, no one was watching Nicole.

Nicole was sentenced to four days in the pokey for driving the wrong way on an L.A. freeway while under the influence. She was given credit for 1 day because she was in the slammer for 6 hours after her arrest.

Because of overcrowding, it's possible -- but not certain -- Nicole will be a free woman when we all wake up tomorrow.

Miss Richie is pregnant with her first child.