\Who knew Jason "Gummi Bear" Davis had talent? Okay, that might be pushing it. 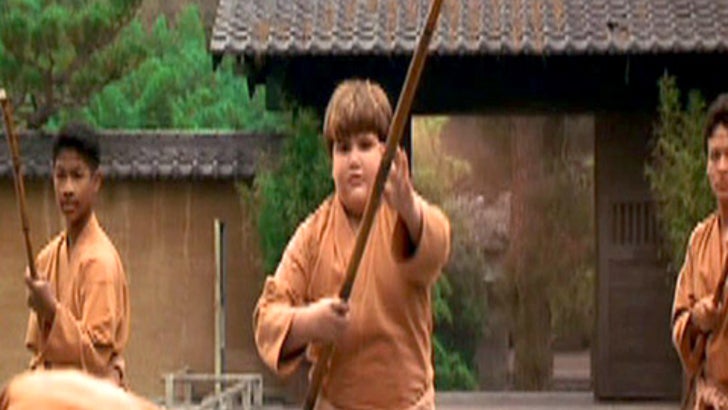 But it turns out Gummi does have a bit of an acting career in his past, albeit a small one. A pre-Gummified Davis had a very small part in the 1997 Chris Farley flick, "Beverly Hills Ninja" as the young Farley. Yup, there is some resemblance there.

Gummi is in the movie for a only few seconds -- just enough time to hit someone over the head with a stick.