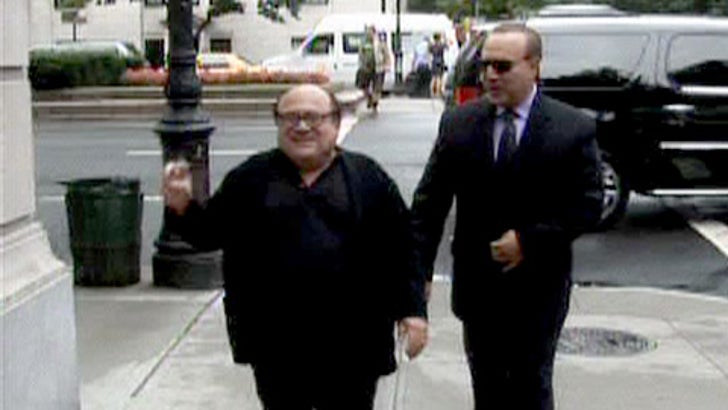 The pint-sized actor-turned-alcohol entrepreneur was spotted going to Thalia's shower with Mariah Carey's ex-husband (and Thalia's current hubby) Tommy Mottola. Random friends indeed ... but DeVito was a guest at the couple's wedding in 2000.

No limoncellos in sight though -- DeVito was only there to "have a cup of tea with the ladies."