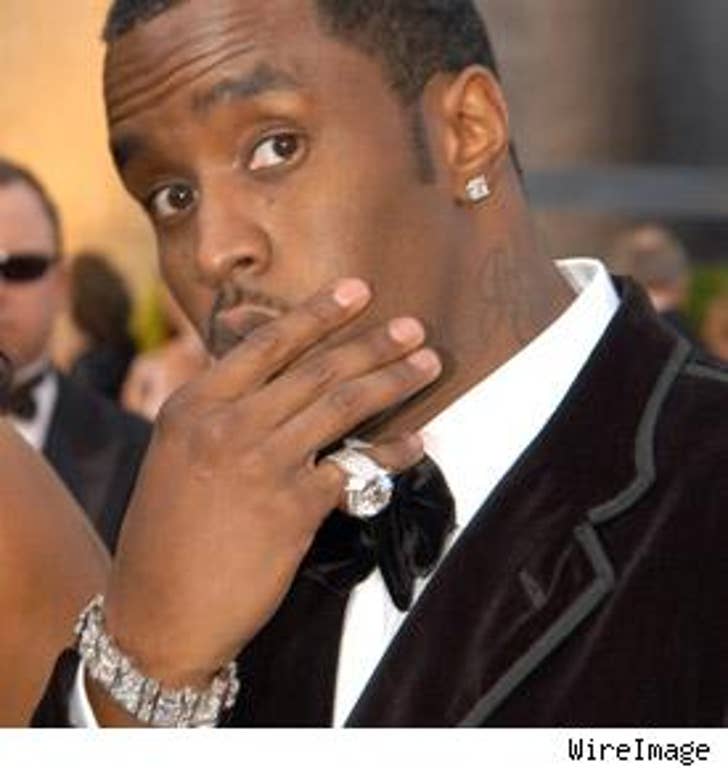 Sean "P. Diddy" Combs has been asked to present photos of his jewelry for inspection in an assault suit against him. Bring me your bling!

As TMZ first reported, Gerald Rechnitzer alleges that Diddy hit him in the jaw between 2:00 and 2:30 AM on Feb. 25 as he was leaving a post-Oscar party at Teddy's nightclub in Hollywood. According to the lawsuit, Diddy got P'd off when Rechnitzer's girlfriend would not leave with him and his entourage. The suit claims Combs pushed Rechnitzer's girlfriend and spit at another female member of their group.

A motion filed Monday by Gerald's lawyer, Michael M. Marzban, says, "Needles to say, Combs does not wear simple rings ... the rings he wore when he struck (Rechnitzer) are important and critical to the bio-mechanics of this case." Can't nobody hold me down!

The motion also calls for Diddy to produce documents that Marzban says will prove he was at the Roosevelt that night, and how much alcohol he may have consumed at Teddy's.

Comb's lawyer, Hillary A. Jones, declined to comment on the statements in Marzban's court papers.