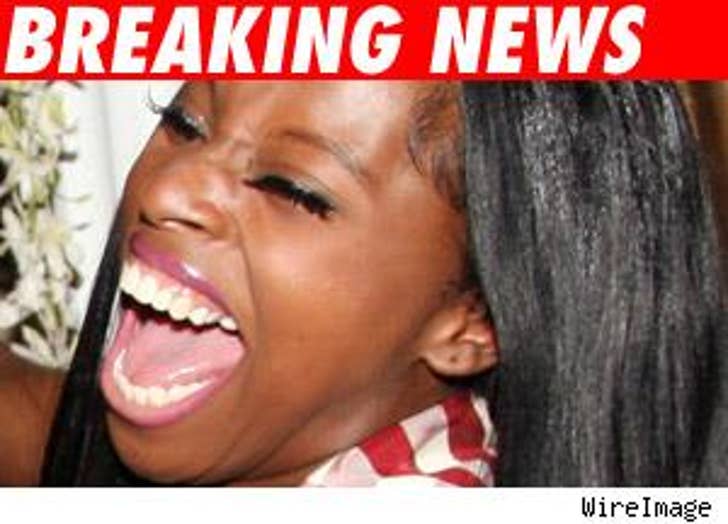 Despite her lawyer announcing the happy news in open court last month, Foxy Brown's manager today said, "And to the pregnancy rumors, this is the official statement: She is not pregnant." Damn, girl!

In August, defense lawyers told a judge that Foxy, whose real name is Inga Marchand, was three months pregnant. Foxy herself told the NY Post, "I'm getting married in September. I'm pregnant!"

A judge sentenced the rapper to a year in prison for violating her probation, after she was arrested last month on charges that she hit her neighbor with a BlackBerry.