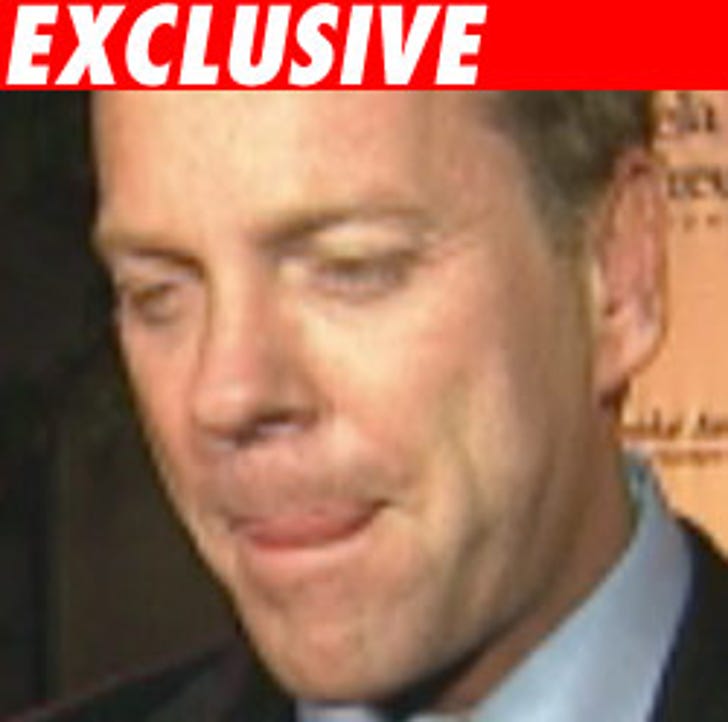 Kiefer Sutherland is in deep you-know-what.

In November, 2004, Kiefer was popped for driving with a .22 blood alcohol level, and plead no contest to drunk driving. He was placed on 5 years probation. That means if he's convicted on this morning's DUI, he will have violated his probation.

Now here's where the news gets worse: Guess who the judge was in the 2004 case? That would be Judge Michael Sauer, the guy who threw the book at Paris Hilton for violating her probation. And remember, Paris was not drunk when she was driving on a suspended license -- and she was sentenced to 45 days in jail!