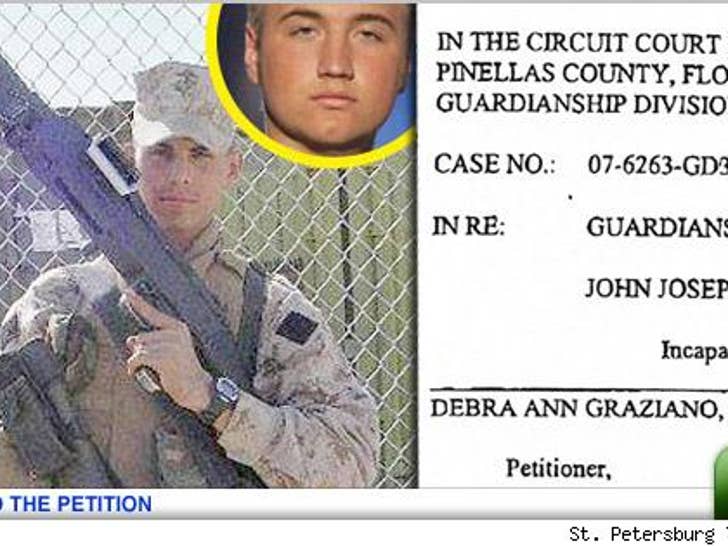 The prognosis is looking grim for John Graziano, the ex-Marine and friend of Nick Hogan's who was severely injured in their crash, according to a new court filing. 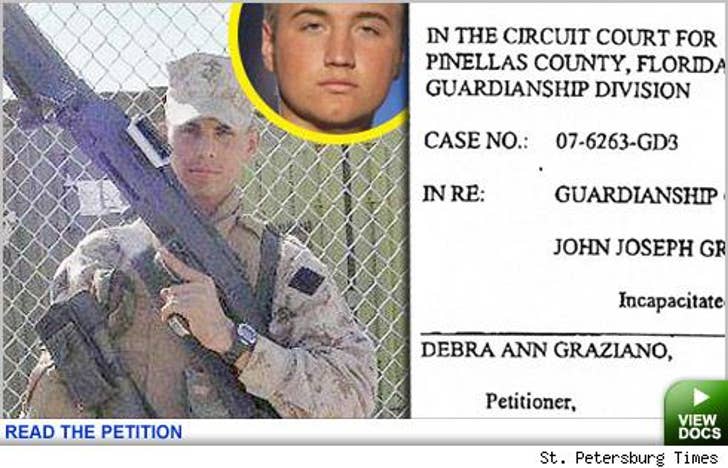 In a report filed by registered nurse Joanne Jones and first reported by the St. Petersburg Times, she says that Graziano responds only to a pinch and has a gag reflex, but doesn't respond to touch or sound.

His pupils are fixed and don't respond to light. According to Jones, Graziano's doctor says that his prognosis "remains guarded" and that John, 22, will "most likely spend the remainder of his life in a nursing home." John was also described as "comatose" and "on total life support."

Jones was hired by the Pinellas County court to determine Graziano's condition because his father, Edward Graziano, is seeking an independent guardian for his son.A hearing is set in St. Petersburg for tomorrow morning.

UPDATE: The clerk of the Pinellas County court tells TMZ that prior to the start of the hearing tomorrow morning, Judge Lauren Laughlin will hear arguments on a motion to continue the case until a later date by John's father Edward Graziano. 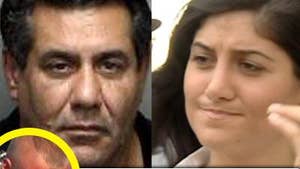