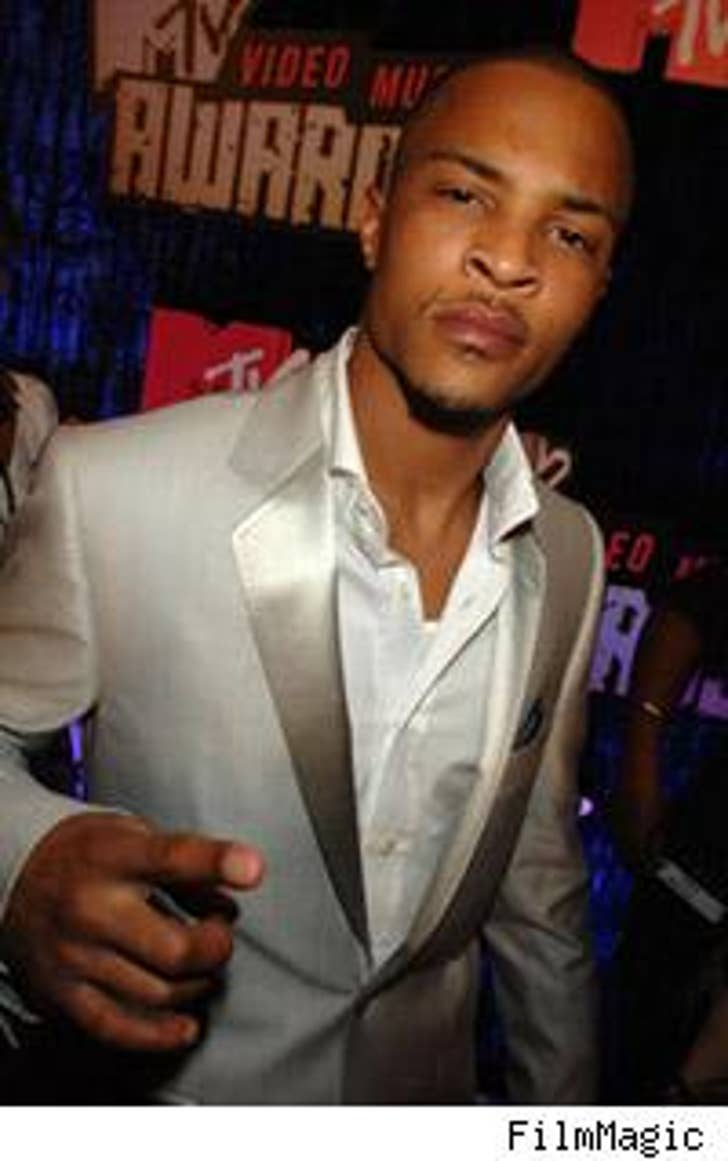 Is he packin' heat or isn't he? A source close to embattled rapper T.I. says that the gun charges leveraged against the hip-hopper are false; T.I. never tried to purchase guns -- it was all his bodyguard.

The source told MediaTakeOut.com that "[The bodyguard] asked T.I. for an advance on his [pay] and T.I. gave it to him. ...Whatever he spent money on -- whether it be guns, drugs, or formula for his children -- T.I. had nothing to do with it." That's it, he was buying formula!

And those guns found in T.I.'s house? "T.I. has security that lives with him and stay with him at all times. The gun that the [federal agents] found belonged to his security team" -- all of whom are licensed to carry them, the source claims.

"The government was just looking to pin a case on T.I. - they've been trying for years. So they pushed [the bodyguard] into snitching on T.I."

But according to CNN, authorities said they found three firearms in the car in which T.I. -- also know as Cilfford Harris -- drove to pick up the machine guns and silencers, "including one loaded gun tucked between the driver's seat where Harris had been sitting and the center console."

Conspiracy, or just caught up?