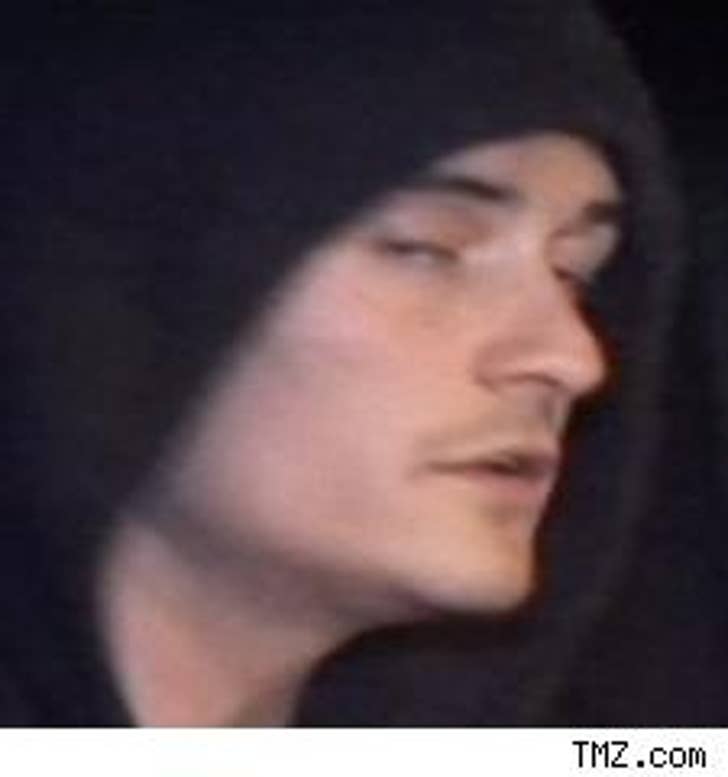 Orlando Bloom smashed into a parked car at around 2:00 AM on Friday after partying at a club, leaving a passenger with a fractured neck. Speaking of leaving -- Orlando left the scene, came back, was never given a blood-alcohol test -- and he's getting off scot-free!

TMZ photogs captured video of Orlando getting into an argument outside the Green Door in Hollywood just after 2:00 AM. The accident occurred shortly thereafter.

X17 got video of Orlando walking away from the scene of the accident, only to return after paparazzi repeatedly told him that leaving would constitute hit and run. Bloom eventually came back and accompanied his injured passenger (who suffered a fractured neck) in an ambulance to a nearby hospital.

Bloom's rep says he immediately called 911 and characterized the fractured neck as a minor injury. She is silent on Bloom walking from the crash scene.

Cops now say they are on the hunt for an SUV that may have cut off Orlando, allegedly causing the crash. They also tell TMZ that walking away from the scene, like Orlando did, isn't necessarily hit and run.