Still alive on ABC's "Dancing With the Stars," Mark Cuban still has to focus on his other job: owner of the NBA's Dallas Mavericks. 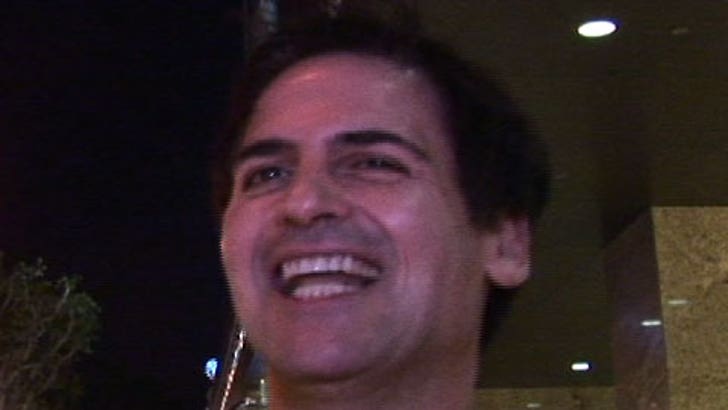 TMZ caught up with our favorite dancing fool in West Hollywood last night. The topic of conversation shifted from the Bossa Nova to basketball; would Cuban go after troubled Los Angeles Lakers star Kobe Bryant? Probably not, Cuban says, explaining, "You always talk, but you know this world -- nothing happens."

As for Kobe and the Lakers' recent losing ways, Cuban joked, "Doesn't break my heart. The less help they get, the better!"