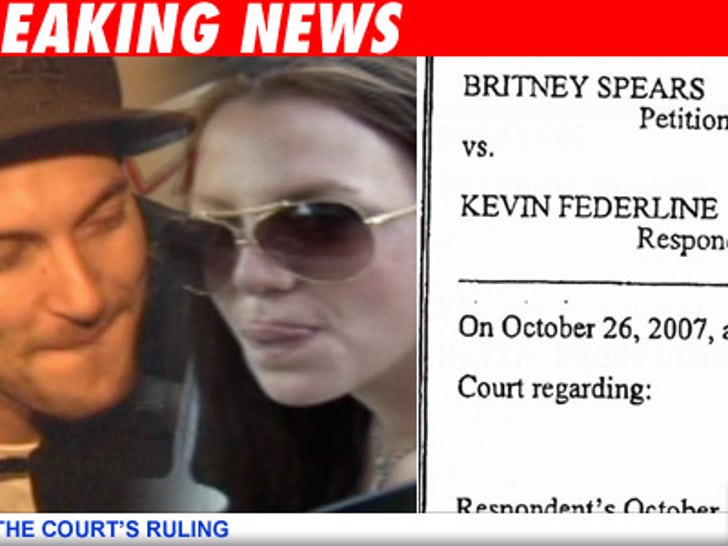 The decision is in -- Britney Spears has not regained custody of her kids. 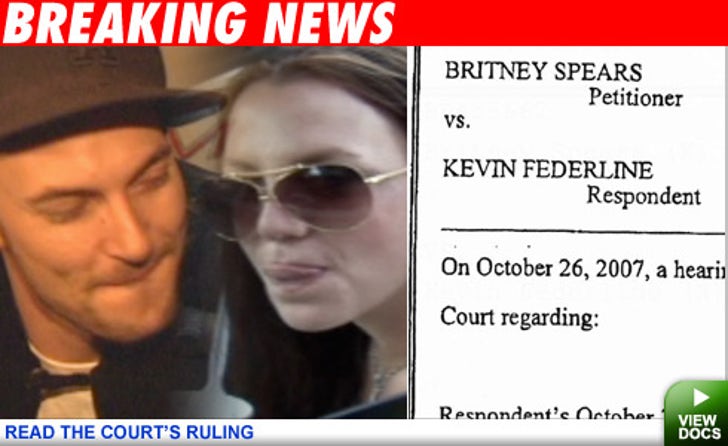 Issuing his order today, Commissioner Scott Gordon gave Spears three visits per week, two from 12:00 Noon to 7:00 PM and one overnight visit. The visits will be monitored.

Spears and K-Fed are ordered to figure out holiday schedules with the kids.

Britney must submit evidence that she childproofed her pool area by Friday.

In the order, the Commish wrote that when Britney has the kids, "the environment at the house ranged from chaotic to almost somber with little communication at all." The Commish also recounts what the parenting coach complained of -- that "during all three of my visits, Ms. Spears rarely engaged with the children in either conversation or play."

According to the report, the coach wrote, "It seems that [Britney's] choices are dependent more upon what she wants to do at any given time rather than what would be more enjoyable for the children."

The coach also said Spears seemed to have a "lack of general attention at times" but there was nothing she "would characterize as abusive in a traditional sense."

And then the most damning comment from the parenting coach: "The problem is that unless Ms. Spears realizes the consequences of her behavior and the impact that it has [on] her children, nothing is going to be successful."