TMZ put up video of Linda Hogan in a 2005 drag race with daughter Brooke in the passenger seat. After the race, Linda boasted, "I love it. The rush, the speed on the road ... racing in between all the cars, dodging the cops. It's awesome."

Just hours before Nick Hogan turned himself in on Nov. 7, ABC Action News in Tampa Bay, Fla., confronted Linda about her reckless words after the race. She's denying she ever said it, although it's clearly her on the tape, she now says, "I never said that ... I would never have said that."

Nick Hogan says he's not driving anymore. "There's no reason for me to drive. I wake up, we eat, and I drive with them to the hospital." The Hogans say that speed wasn't a factor in the John Graziano accident, instead claiming that Nick's badly injured pal, John Graziano, failed to wear a seatbelt.

UPDATE: The State of Florida has finally suspended the license of Nick Hogan, after his horrific car accident that critically injured friend John Graziano. Hogan's license was stripped by state officials just days after he was booked on reckless driving charges. The police report shows that Nick did have alcohol in his blood at the time of the accident. 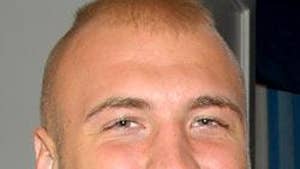