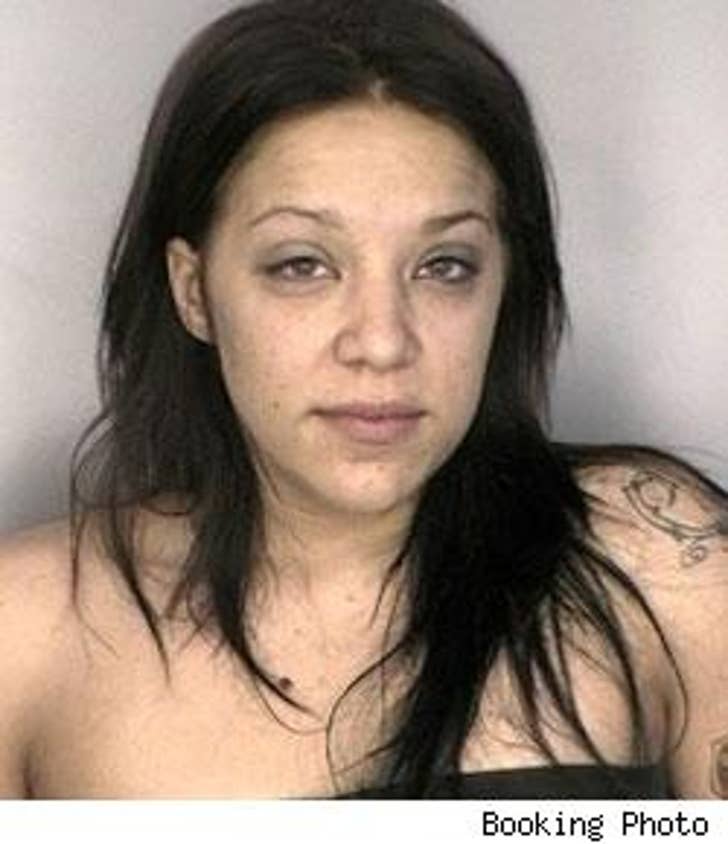 Just two weeks after being sentenced to a year of probation, "American Idol" season four finalist Jessica Sierra was arrested again. Oh, how the wannabeens have fallen.

Officers were called to the Full Moon Saloon in Florida around 2:00 AM today, where she allegedly caused a disturbance. When the popo asked her to leave, she refused and was popped.

According to the charge report, Sierra was charged with two misdemeanors (disorderly intoxication and obstructing or opposing an officer) and two felonies (possession of cocaine and felony battery). She is currently in the Orient Road Jail with no bond.

Sierra, who finished tenth on "Idol" back in 2005, was given probation just two weeks ago for an April incident in which she threw a glass at someone's head. The judge in that case will almost certainly throw the book at her for violating probation.

Sierra spent several months earlier this year in rehab and will be appearing in the new VH1 show "Celebrity Rehab with Dr. Drew." We're thinkin' it didn't work so great.