Wow. What an idiot! Some guy in a white tank top flashed his rings, bragged about having $100,000 and did everything he could to get his butt kicked in front of Republic restaurant last night. And that's not even the funny part: he claims to be Marky Mark's cousin. Now that's a funky bunch! 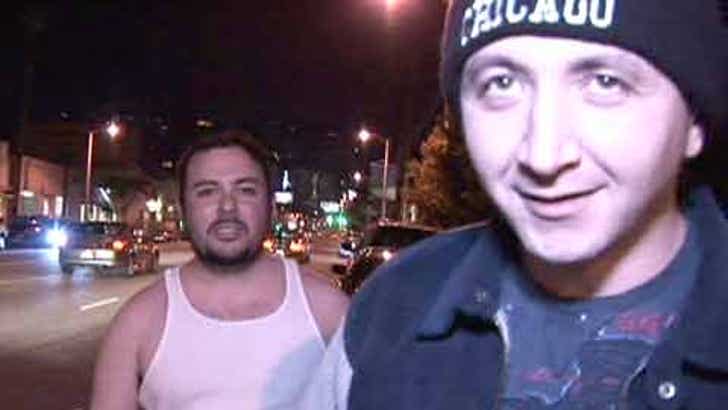 We're not exactly sure who Crazy Dude is -- or if he is in fact an extended member of the Wahlberg clan -- but when he asked an off-duty cab driver to "hit me as hard as you can," someone probably should have stepped up. For the love of Jerry Springer!

We reached out to Wahlberg's rep to confirm Crazy Dude's lineage; we haven't heard back as of yet.

UPDATE: Wahlberg's reps would not comment, but sources tell TMZ that Crazy Dude is NOT Mark's cousin -- shocker! -- just someone he used to run with many years ago.