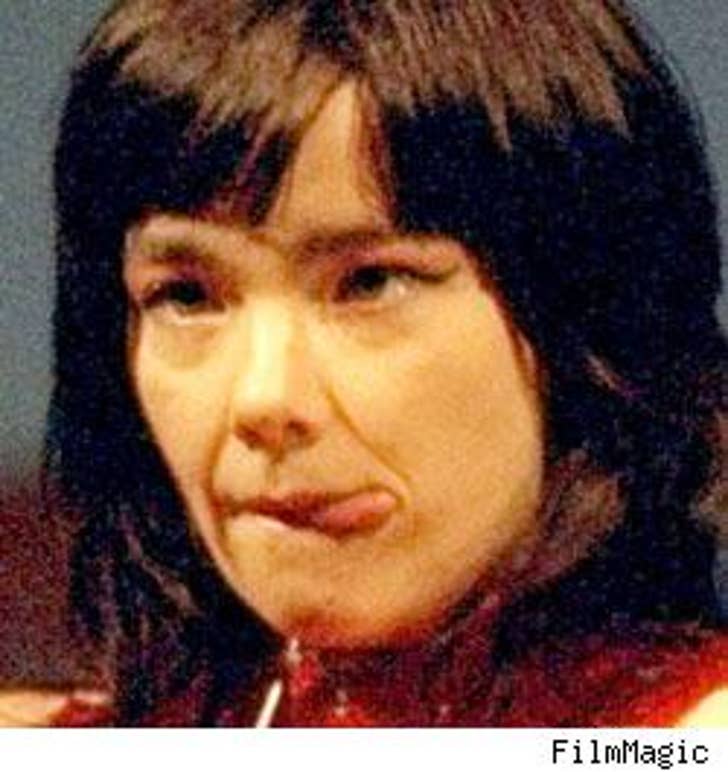 Bjork attacked a photog shortly after she arrived at a New Zealand Airport on Sunday. Must have been a long flight!

The wacky singer tore a New Zealand Herald photographer's shirt after he photographed her arriving at the airport early Sunday. According to the New Zealand Herald, a man who was with Bjork asked that no photos be taken, but the photog snapped a few anyway. The photographer said, "I took a couple of pictures ... and as I turned and walked away she came up behind me, grabbed the back of my black skivvy (T-shirt) and tore it, as she did this, she fell over, she fell to the ground," he said. "At no stage did I touch her or speak with her."

He claims Bjork said nothing throughout the incident but her male companion was saying: "B, don't do this, B, don't do this." The photographer also stated that he spoke with police about the incident. This isn't Bjork's first smackdown either. In 1996 she went to blows with a reporter -- on camera!