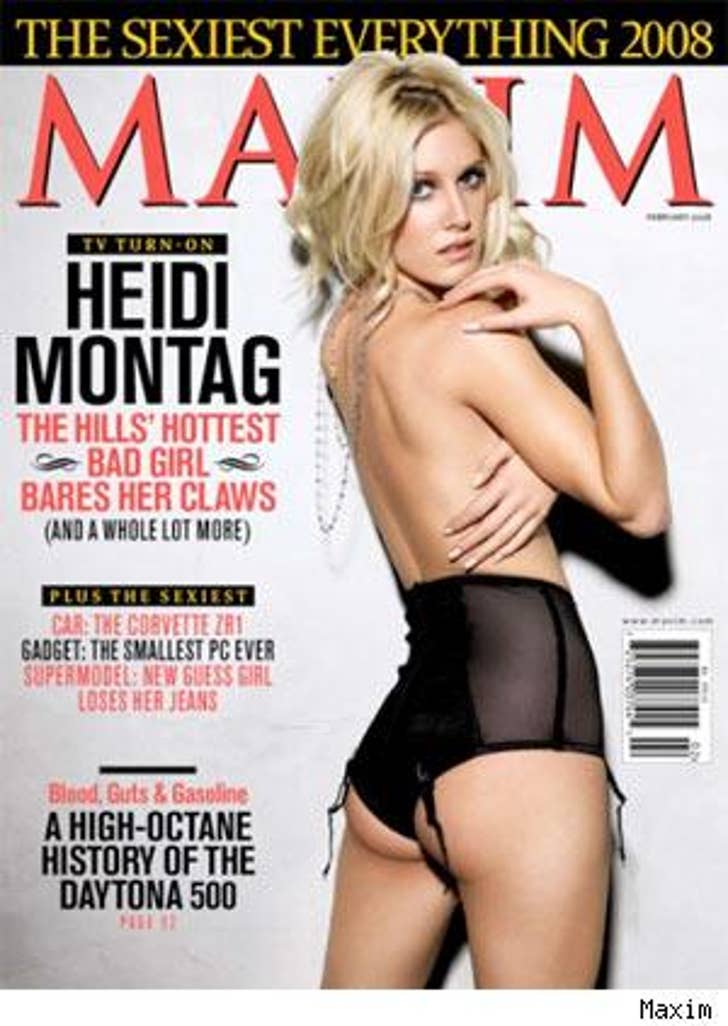 Heidi Montag is getting one guy in deep doo-doo, and it's not Spencer.

During court proceedings in Rowan County, N.C., Judge Kevin Eddinger caught lawyer Todd Paris checking out a Maxim magazine with the topless Heidi on its cover. The judge was so steamed about it, he threw the book (not the mag) at the attorney. According to the Salisbury Post, the judge fined Todd $300, gave him a 15-day suspended jail sentence and put him on unsupervised probation. Who knew Heidi could cause such a stir?

The judge showed the cover to the courtroom, and no surprise -- the crowd erupted in laughter.