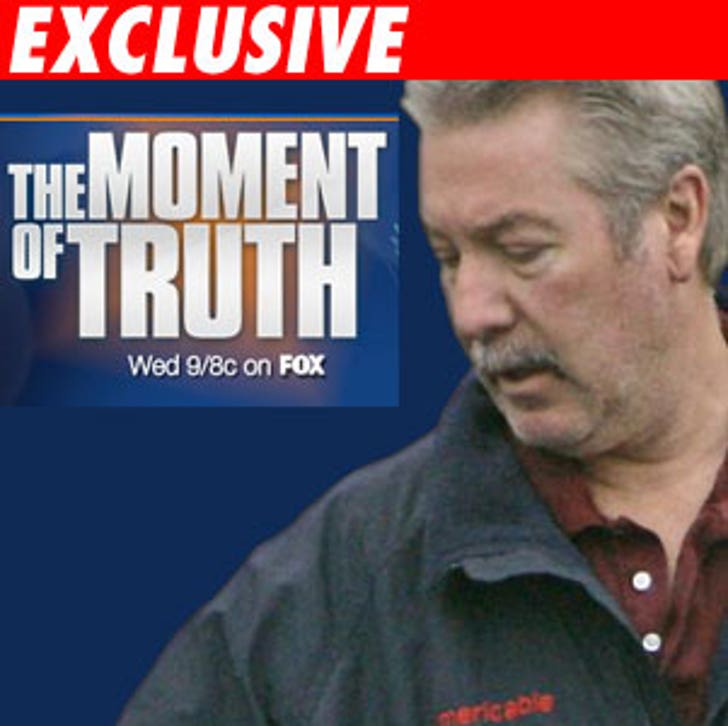 A well-placed source tells TMZ that reps for suspected wife killer Drew Peterson have contacted the producers of the new show "Moment of Truth," asking to hookup their client to a lie detector test on national television.

Peterson's fourth wife Stacey has been missing and presumed dead since last October. Peterson's third wife, Kathleen Savio, was found dead in a bathtub in March 2004. At the time, her death was ruled accidental, but since Stacey's disappearance, Savio's body was exhumed for forensic examination and officials determined her death to be a "homicide staged to look like an accident."

Stacey's family has continually asked Drew to submit to a lie detector test -- which he has repeatedly refused to do, until now.

Peterson denies any involvement in Stacey's disappearance, insisting she left him for another man.