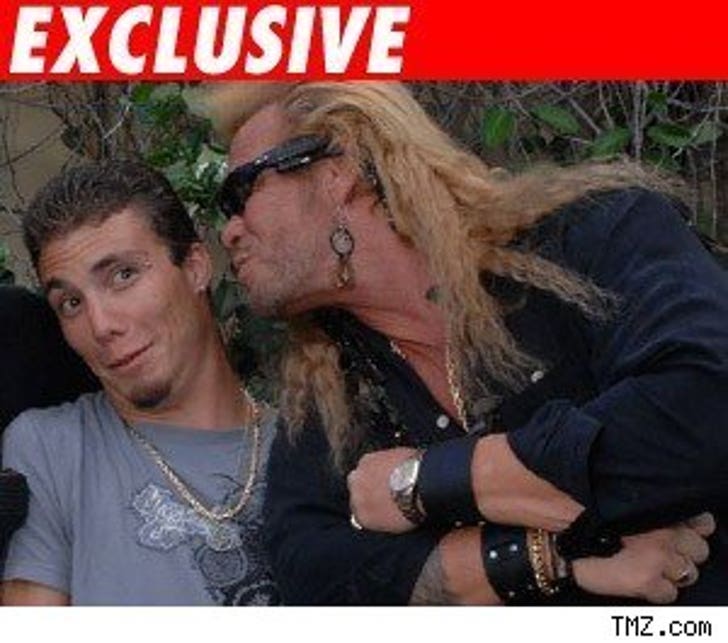 Dog the Bounty Hunter's son, Tucker -- who sold the infamous tape to the National Enquirer -- was taken to the Oahu Correction Facility on Friday for violating multiple terms of his parole. Karma's a bitch!

Here's what went down: Our sources say two weeks after the tape surfaced, Dog learned Tucker was using drugs and threatened to expose him to his parole officer. Then the tape dropped -- interesting timing.

After that, we're told, a parole officer made Tucker check in to a rehab facility, which, we hear, Tucker walked away from.

Sources tell us Tucker's parole officer executed a surprise home inspection this week, and didn't like what he found. The PO then brought Tucker in on Friday, revoked his parole and sent him to the slammer. Among his alleged violations -- associating with known felons, failing a drug test and walking away from a rehab facility.

Meanwhile, as TMZ first reported, "Dog the Bounty Hunter" is back on the air and will begin production this week.

UPDATE: Dog Chapman just released this statement to TMZ: "I am heartbroken that this has occurred, but I am relieved that my son in now in a place where he can no longer hurt himself. To my bruddahs in the system: please don't hurt my son as he knows not what he does. I love my son and wish him the best."