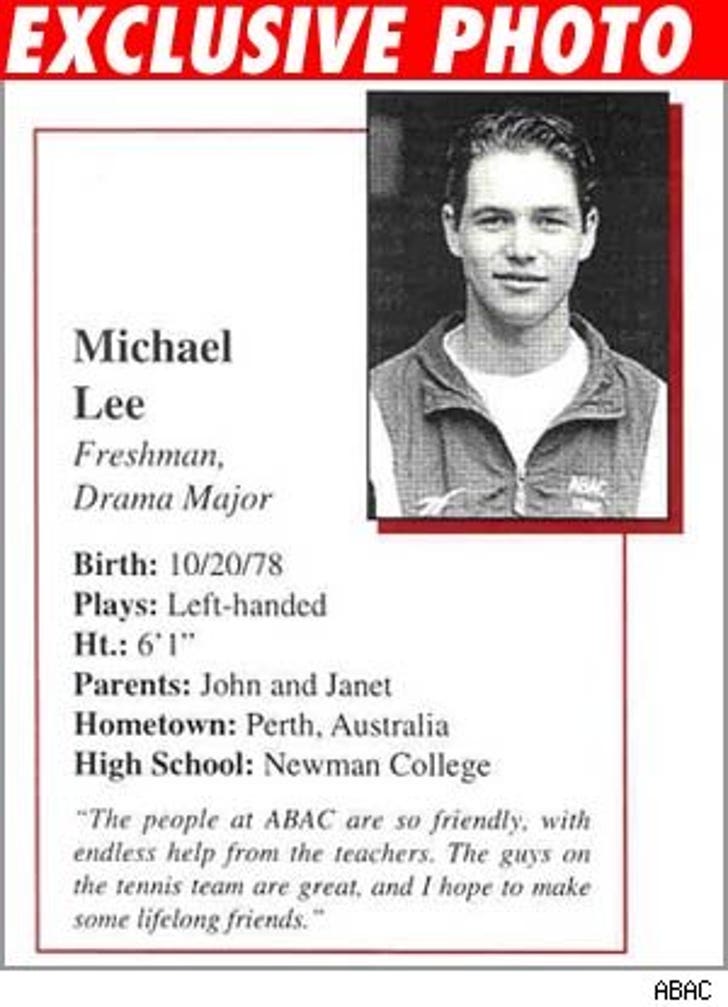 Michael Johns used to go by the name Michael Lee ... and Lee was one young, hottie of a tennis player.

In 1998, Michael was a student on a tennis scholarship at the Abraham Baldwin Agricultural College in Georgia. According to a program from the school's tennis department, his major was drama!

Lee changed his name to Johns when he moved from Tifton to Atlanta. According to the Tifton Gazette, he was only at ABAC for two quarters before leaving to pursue his music career.