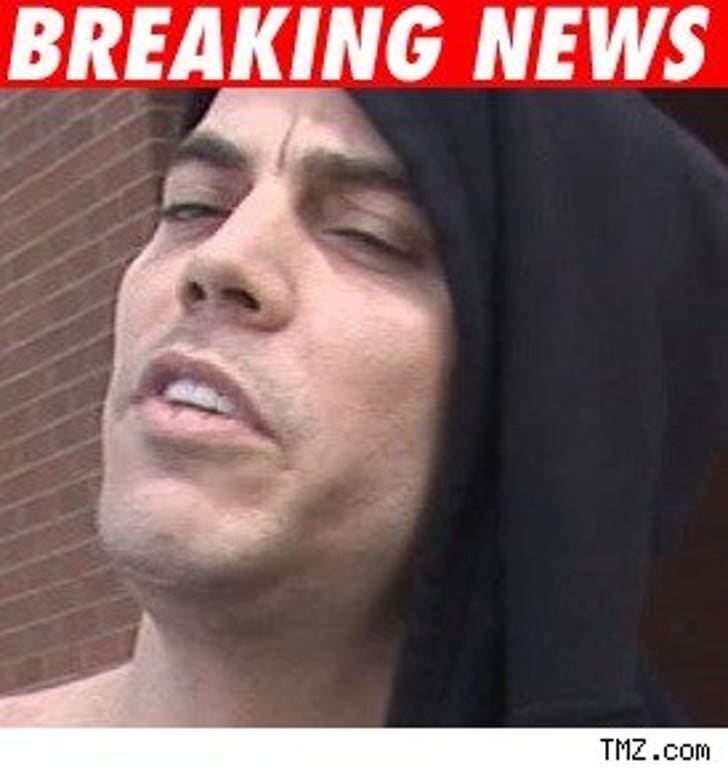 Steve-O and Britney Spears now have something in common: a 5150 72-hour hold at a Los Angeles hospital. But according to his blog, Stevie boy knows exactly what his problem is.

Steve-O just honest to blogged this morning, hoping to explain his recent problems. Under the headline of "You should all know I am in the looney bin" it reads, "They call it "code 5150," that means "psycho,"legally, f*ckin bat-sh*t, certifiably. I'm outta my mind, believe-you-me. How'd I get this way? How can this be? It's gotten so bad there's nothing left of me."